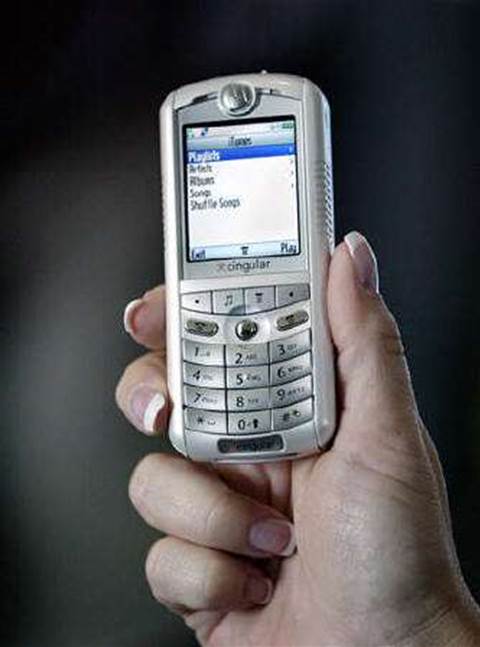 NEW YORK (Reuters) - Motorola Inc, riding high on the success of its eye-catching Razr phone, is determined to stay on top in the design battle with rival mobile phone makers next year, the head of its mobile devices division said on Tuesday.

"Motorola is hell-bent on making sure we have the hottest device in all form factors," Ron Garriques said in an interview.

He also said Motorola plans to rip a page out of Apple Computer's playbook and begin selling phones the day after announcing them -- rather than announcing them well in advance, as it has up to now.

In the last year, the world's number two mobile phone maker has caught consumers' attention with its popular slim Razr, which has become a design icon.

Next year it hopes to create similar excitement with new phone designs including one with a rotating cover the user turns to open, a phone with a cover that slides open, and a personal digital assistant that also works as a phone and has a touch-sensitive screen, Garriques said.

Starting next year, Motorola, which trails only Nokia in phone sales, will also revamp its strategy for launching all new products and follow the method used by Apple.

Garriques said the change was necessary in an increasingly competitive market and that it was now easier for Motorola to take this approach because its business has improved.

"There is no reason to tip your hand to your competitors," he said. "When the business was suffering it was helpful to create (a picture of) a future that seemed brighter. Now that we're successful I don't think we need to do that any longer."

Garriques would not discuss demand for the current quarter -- usually a big shopping quarter -- but repeated more general targets given since he took the helm a year ago.

"Quarter after quarter we'll pick up (market) share and operating earnings will be higher than last year," he said.

Motorola is seeking to attract attention with Razr-inspired phones including the Slvr, a candy bar-shaped phone; the Pebl, which has curvy edges; and a bright pink Razr.

While demand is strong for the new phones, and in particular the pink Razr, Garriques said the new devices would account for only a small percentage of handset sales volume in the quarter because Motorola is still ramping up production of the new products.

"Every operator is saying, give us as many as you can," he said. He said Motorola will ship between one million and nine million of the latest products in the quarter.

Garriques would not say when Motorola plans to follow its Rokr music phone -- which uses Apple's popular iTunes music stores -- with new iTunes-based gadgets. But he said Motorola would put iTunes in other Motorola handsets at operators' requests.

"Across the world there are a significant number of carriers who like iTunes," he said.