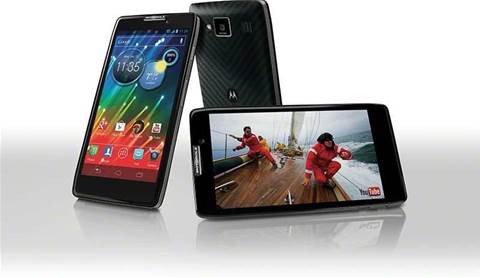 The Razr HD can be purchased from today via Telstra's retail network, and will initially be available solely on Telstra.

“We’re exclusive to Telstra up until the end of the year,” said Timo Brouwer, Motorola Mobility MD for the region, at the event.

The Razr HD is also available in retail stores such as JB HiFi. It can be bought outright for $720, or on a $60 plan with a $5 handset repayment per month.

Motorola also today announced local availability for its Razr M. It will launch later in November via the same channels, for $600 up front, or on a $60 plan with zero repayments.

The pair form part of a squad of smartphones launched last month by Motorola. Neither the Razr I or Maxx, revealed alongside the HD and M, will arrive in Australia.

Motorola – now owned by Google – has no plans to release any Windows 8 devices.