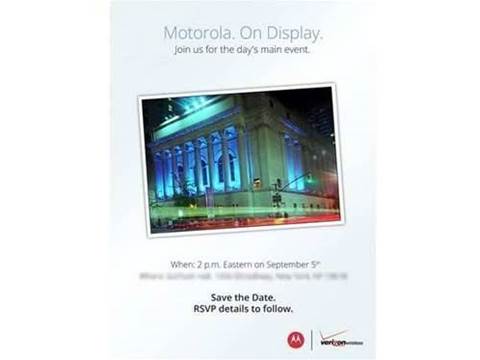 Motorola will compete against Nokia on September 5 after announcing it will hold its own launch event for a range of new phones on the same day as its rival.

Microsoft and Nokia last week announced a New York event would be held on September 5, in what is expected to be the debut of a new Windows Phone Lumia.

Motorola today sent out an invitation to media for the same date, calling its launch "the day's main event".

It declined to provide details on what the event will involve, but it is expected to launch a new range of Razr handsets.

Smartphone manufacturers appear to be racing to get their offerings out before Apple reveals its latest iPhone on September 12. The device is expected to begin shipping on September 21.

Eliminating departmental friction within MSPs
By Stephen Graves
Aug 20 2012
8:02AM