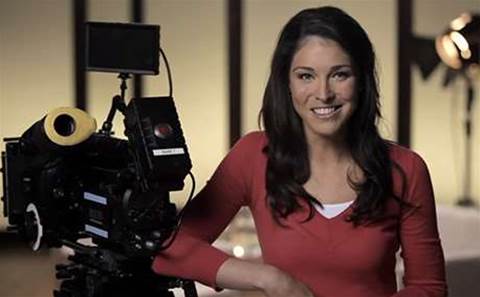 Giaan Rooney in a CareSuper advertisement

One of Australia's largest not-for-profit super funds, CareSuper, has ended a long-standing managed services relationship with Armada Solutions and has signed Anittel as its new provider.

Inabox-owned Anittel announced that the new CareSuper agreement includes "managed services and equipment spend". The value of the two-year contract was not disclosed.

"As a national superannuation fund with over 260,000 members, we required a provider with a national presence that could seamlessly and without disruption to staff and members, upgrade our entire IT and communications environment," said CareSuper chief executive Julie Lander in a statement.

While CareSuper pointed to the need for a provider with national reach in its decision to choose Anittel, the fund's outgoing managed services provider was no one-town wonder. Armada Solutions has offices in Sydney, Melbourne, Brisbane and Perth.

Armada confirmed its seven-year relationship with the industry super fund had been terminated at the end of 2014.

"They went out to tender, we put in a submission, but we weren’t successful," said Armada solutions architect Brett Gigante. "These things happen in business."

Gigante told CRN that Armada - which counts Dell, IBM and VMWare among its partners - provided both hardware and software continuously in one seven-year term and that the company still has informal contact with CareSuper.

Anittel announced that CareSuper "identified the need to upgrade its IT environment and integrate telephony" and had decided to outsource all its needs.

Anittel will support about 60 CareSuper staff, mostly based in Melbourne.

"We implemented the key changes and turned them around with limited impact to the end user," said Anittel regional manager George Fattouche, adding that both Cisco and Dell kit had been used for the new client.

CareSuper is currently known for using former Olympic swimmer Giaan Rooney in its latest television and online advertising campaign. The organisation administers a non-profit superannuation fund designed for "people engaged in professional, managerial, administrative and service occupations", according to its website.

Inabox last week announced that it would only pay 10 percent of the original $1.5 million performance-contingent payment for Anittel. In March, staff redundancies and office closures were revealed as Inabox sought to cut $3 million of costs in the wake of the Anittel acquisition.