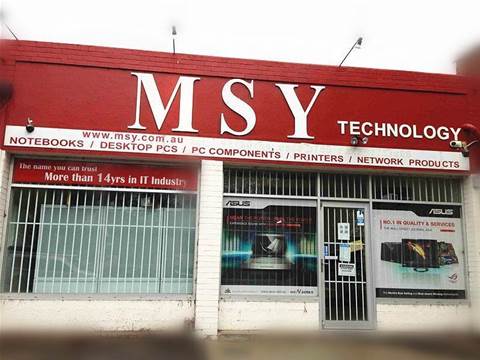 The mining company that aspires to retain its ASX listing while re-inventing itself by acquiring no-frills reseller MSY has taken another step towards realising that ambition.

Lanka Graphite announced its intention to acquire MSY in August 2019, and in regulatory filings at the time pointed out that because doing so represents a complete change in focus from mining to reselling IT kit, it would have to effectively re-apply for a listing on the Australian Securities Exchange. One of the things the ASX likes to be satisfied about when considering such deals is that the listed company really is moving into a new business and isn't just allowing itself to be subsumed by an entity that wants an easy path to a listing.

Which is why Lanka Graphite recently filed four quarterly reports, all dated January 31st and all reporting that it conducted no mining exploration activities in one of the quarters of FY 18/19. By stating to the investment community that is done with digging, Lanka Graphite demonstrates it is genuine about getting into the tech business.

Lanka Graphite’s filings show the wheels are turning on this transaction and that MSY is on track to emerge as a listed entity.

But just when remains a mystery. The ASX often deliberates for six months or more in cases like this. Lanka Graphite has been suspended from trading since early August 2019.