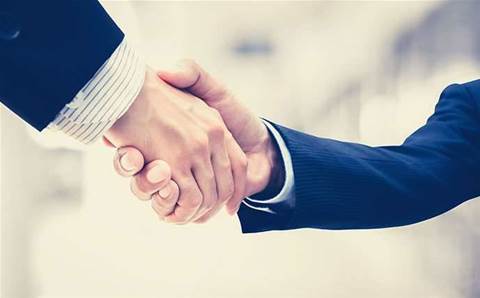 Australian ISP and telco My Net Fone's parent company, MNF Group, has secured 5000 additional customers with a new acquisition, and has revealed it is on the hunt for more takeover targets.

That represents a multiple of more than five times CCI’s forecast earnings before interest, tax, depreciation and amortisation for FY2017.

CCI has forecast EBITDA of $3.5 million for this financial year, 17 percent higher than the previous year.

The deal, expected to finalise on 10 February, will give MNF access to an additional 5000 business and enterprise customers in Australia, New Zealand and the Asia Pacific region.

That will help deliver an “additional high-margin revenue stream” of $7.9 million and EBITDA of $3.5 million, according to forecasts.

The group has also identified a “new growth profit stream” that will come through further investment in CCI’s platform, technology, network and business development resources.

“The acquisition of CCI provides MNF a significant entry into the audio conferencing and collaboration market in Australia and the region,” MNF chief executive Rene Sugo said.

The acquisition is expected to deliver at least $500,000 of synergies, which are expected to be fully realised in FY2018.

MNF has funded the acquisition by raising $18.6 million through an oversubscribed placement of shares to institutional and sophisticated investors.

MNF said it turned to the market because it wanted to preserve its cash and debt reserves for “further rapid growth and more potential acquisition activity in the near future”.

“With a discerning and conservative approach, the board of MNF Group will continue to actively search for further acquisition opportunities,” it announced.