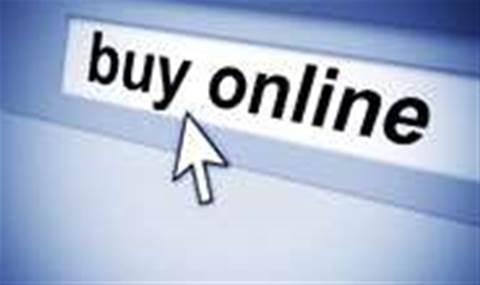 Myer has made good on its threat to launch an online store, quietly slipping MyFind.com on to the internet.

But if the retail goliath thought the Davids of online commerce were to be cowed, it will have to rethink its strategy.

Australia's oldest department store, and the likes of Harvey Norman's Gerry Harvey, faced a barrage of criticism last year when it threatened to go offshore if GST wasn't applied to goods under $1000 and sold through e-tailers entering the country.

Myfind doesn’t look like a Myer website - there’s no livery or corporate logo to make the connection. Products are sourced overseas with the business operated from China and Hong Kong. Products are all under $1000 so that purchases can slide under the Tax Office GST threshold.

The product range is limited because the site is yet to be officially launched. For example, the electronics section lists just two items. But Myer plannedcto expand the range and back it up with a marketing push later in the year.

Local online retailers are watching with interest what happens with MyFind.

The outspoken chief executive officer of electronics e-tailer Kogan, Ruslan Kogan, was indifferent, providing a link to MyFind on his online store.

“We’re not always the cheapest price but we deliver what people are after," Kogan said.

"We look at what is searched for on Google.

"We didn’t invent LED TVs or Blu-ray players but we were first to deliver an LED TV with integrated Blu-ray player. That’s our value proposition”.

He questioned whether bricks-and-mortar retailers are able to do this because they’re tied to existing product channels.

"This is clearly an experiment that they think has legs," Coppa says.

Estore has grown market share even though it charges GST to customers because it is based in Melbourne. It sourced products from overseas.

Coppa told CRN that “the client experience will change".

"Bricks and Mortar will not disappear," he said.

"There’s a certain customer experience from touching the product.

"Apple do a similar thing. There’s always a market for people that want to touch and feel a product before purchasing.

“[Myfind is] trying to get traction but won’t take a big chunk out of market," he said.

"They’ll see how it goes and if they ever own the market they’ll use it to complement the profit they make from bricks-and-mortar stores.”