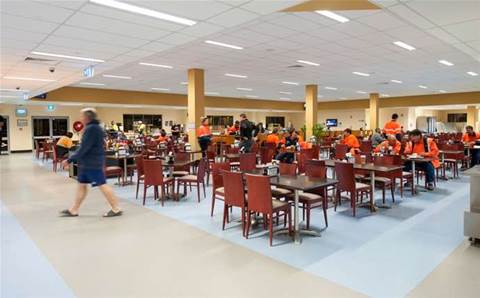 Vix hit headlines this year with the deployment of its smartcard platform at AAMI Park and by Melbourne Storm, Melbourne Rebels and Collingwood FC. The company was also behind upgrades to Melbourne’s Myki public transport smartcard.

The 22-person Osmotion started in 2000 and has made a name for itself with high profile clients such as BHP Billiton, Woodside Petroleum, Fortescue Metals Group and Rio Tinto.

Vix sees an opportunity to combine its technology with Osmotion's for managing travel, access, payments, lifestyle and welfare monitoring at fly-in-fly-out villages.

Andrew Barr, managing director of Osmotion said: “It has been a remarkable achievement for a small business to deliver a niche product to some of the biggest operations in the world. The acquisition by Vix will provide the scale and global presence to commercialise a new era of products and services.”

Vix also announced a $27 million contract this year to upgrade Malaysia’s ticketing, and a $30 million deal to rollout a payment system in Dallas, Texas.