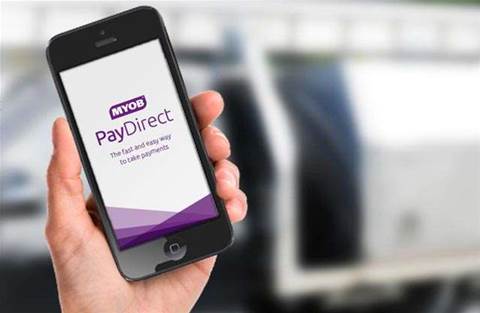 MYOB has dismissed a major shareholder’s suggestion that it walk away from its planned $2 billion sale to KKR.

The shareholder behind the suggestion is Manikay Partners LCC, which on Monday March 4th increased its MYOB stake from 7.46 percent to 9.9 percent.

The next day Manikay wrote to MYOB chair Justin Milne voicing its objections to the KKR deal. The letter says the KKR offer took advantage of a lull in equities markets to swoop on MYOB when its share price was low and that the company is now worth more than the $3.40 per share offer that’s been agreed. They might have a point: MYOB shares have traded above the $3.40 a share KKR has offered in recent weeks, albeit by just a few cents. Manikay thinks an offer of $4.00 a share is a better reflection of the company’s true value.

Manikay also took issue with information provided to shareholders before they vote on the deal and offered to provide its own analysis of MYOB”s value.

The letter concludes with a call for MYOB’s board to back away from the KKR deal, in the interests of shareholders. And just to sweeten the deal mentions that Manikay has cc’ed the Australian Securities and Investments Commission (ASIC) so it is across the situation.

MYOB’s response [PDF] notes Manikay’s objections and addresses them with a pledge to update information provided to shareholders with data on market movements since the deal was first proposed. But the response does not accept Manikay’s suggestion that it walk away, instead saying the board “continues to unanimously recommend” the deal unless something better comes along.

Which is hasn’t so far: MYOB’s first response to the KKR offer was to institute a “go shop” period in which it asked for better offers. And couldn’t find one.

This one isn’t over by a long shot, because ASIC is yet to review the proposed deal and shareholders have a vote on it in April.

Grab some popcorn. This could get interesting.