MYOB has walked away from its MacOS product AccountEdge.

The accounting vendor found its product wouldn't work under MacOS Catalina, which emerged in October 2019 without support for 32-bit applications like AccountEdge. That means that any customers that update their Macs to the new OS will no longer be able to use AccountEdge.

MYOB had been working on a workaround since at least August 2019, but has since told customers it will be impossible to make AccountEdge compliant with the 64-bit OS.

As a result, MYOB stopped selling the product from at least 3 January, according to a Wayback Machine search. MYOB now recommends customers purchase MYOB Essentials instead.

Despite MYOB walking away from the software, retailers such as JB Hi-Fi, Harvey Norman and Bing Lee still list AccountEdge for sale on their websites. 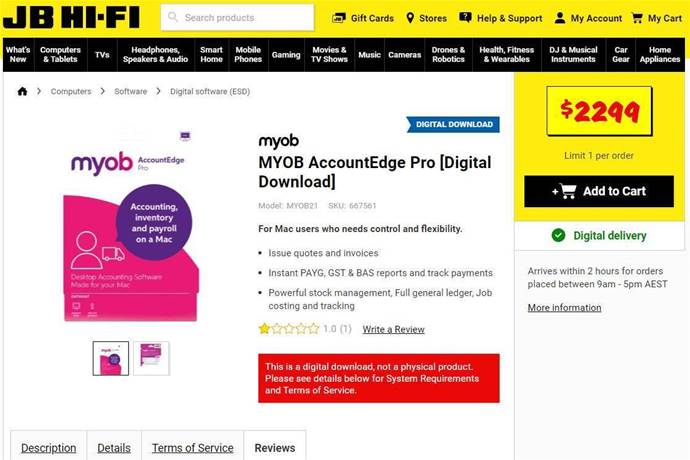 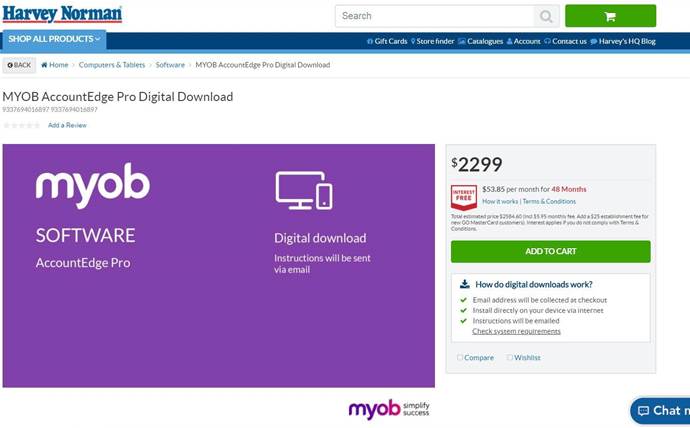 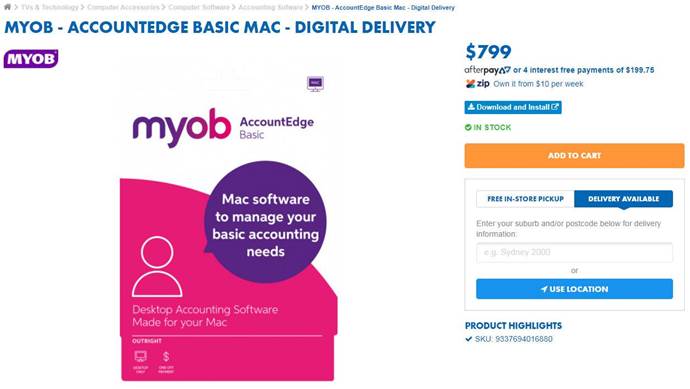 We’ve asked the aforementioned retailers whether they will continue selling AccountEdge, and we’ll update the story when we receive a response.

An MYOB spokesperson told CRN that it recently told customers and retail partners about the issue.

“We have recommended to our retail partners that they no longer sell AccountEdge.

“MYOB continues to invest in building new products, including our recently announced MYOB Essentials upgrade, which brings major enhancements to Essentials in the coming months that will allow AccountEdge users to move across to cloud-based products.”

Updated on 27 February at 4:44pm to include comments from MYOB