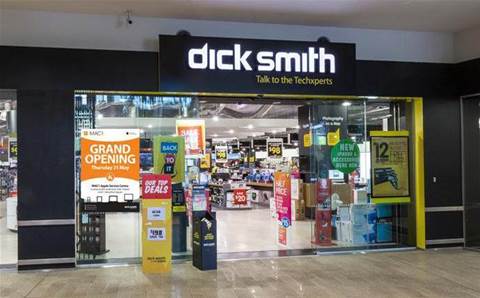 The NSW Supreme Court has told NAB and HSBC they'll have to get in line if they want to get their hands on compensation from directors' indemnity insurance held by Dick Smith's former directors.

The two banks were among the largest creditors of Dick Smith before the retailer collapsed in spectacular fashion, sinking into administration in January 2016 with an estimated $400 million in debt.

The primary claim from the liquidators is that Dick Smith's former directors breached their duties to exercise reasonable care and skill in allegedly inflating the company's reported profit in order to receive financing from the banks.

NAB and HSBC allege that Abboud and Potts failed to disclose information about the company, including the controversial 'Rebate Uplift Practice', in which Dick Smith is accused of purchasing stock based on maximising rebates rather than customer demand, leading to a build-up of redundant product.

The banks claim that had they known this, they would not have extended finance to Dick Smith in June 2015, and extended by HSBC in November 2015. NAB is seeking to reclaim $75 million, and HSBC is looking for $50.4 million.

The combined liability insurance policies for the directors is limited to $150 million. The banks sought to secure priority for any insurance payout.

However, court documents reveal that former shareholders are "fairly close" to launching a class action lawsuit against the former Dick Smith directors, which could compete against the banks' claims for compensation.

Unsecured creditors were estimated to be owed upwards of $260 million, but were told there was no likelihood they would be compensated.

As a result of the competing claims, the presiding judge denied the liquidators and banks leave to commence legal proceedings ahead of shareholders.

"The first party to have its claim determined (whether by judgment, award or settlement) will prevail," the judge said.

Other claims include the 'Dividend Claim', in which Dick Smith allegedly paid a dividend estimated to total $28.3 million to shareholders in 2015 despite not being able to afford the cost, and the 'Bad Stock Claim', where Dick Smith had accumulated unsellable stock totalling $60 million as a result of the 'Rebate Uplift Practice'.