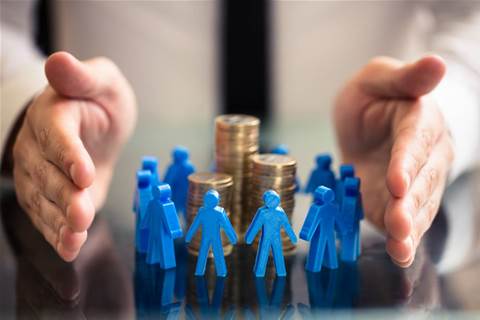 Enterprise-grade NAS technology developer OpenDrives Thursday said it has closed a Series B funding round that will bring the company up to US$20 million in new capital, raising total funding in the company to about US$30 million.

OpenDrives also unveiled a strategic investment in Ctrl IQ, a startup developer of technology for scalable, secure and hybrid workflow orchestration, along with plans for the two companies to work together to combine storage and compute with secure applications to support workflows from the data center to the cloud and the edge.

OpenDrives started with a focus on the performance needs of the media and entertainment industry, including the need to meet the requirements of high-frame playback applications at a time when there was no storage technology capable of meeting customers’ requirements, said Sean Lee, chief strategy and product officer of the Los Angeles-based company.

“It delivers storage as a single name space,” he said. “But we wanted to maintain our performance and low latency, and we did that.”

The company’s most recent line, the Ultra Series, features a disaggregated storage platform in which separate compute and storage modules allow a system to scale up or scale out as needed, he said.

For 2021, OpenDrives plans to focus on software features to support containerization and compute, Lee said.

“We have already introduced containerization,” he said. “Going forward, we want to do more on the integration side to bring turnkey containerization capabilities to storage.”

Looking forward, OpenDrives is also working on a software-defined version of its technology for cloud deployments and as software-only offerings, Lee said. The company’s current hardware is more commodity-based, but its Ultra systems feature custom-bent metal to meet the specifications of broadcast customers, he said.

The new US$20 million funding round is aimed at accelerating growth, Lee said.

“The funding will help us accelerate the combination of compute and storage,” he said. “We will also be adding high-performance computing to deal with new workflows. The core of our business remains media and entertainment. But we have some other big wins including medical and architectural clients. As we move into 2021, we expect to expand into new markets.”

OpenDrives is looking to partner with Ctrl IQ, which was founded by Gregory Kurtzer, a veteran of the high-performance computing industry and founder of the Rocky Linux operating system, Lee said.

“The partnership will be focused on developing the compute side of OpenDrives,” he said. “That’s a big focus of our new funding.”

OpenDrives has a number of channel partners, including Chesapeake Systems in the media and entertainment market, and is in channel recruitment mode, Lee said.

“As an early stage growth company, we seek to strike the right balance between developing market and brand awareness inherent in direct sales while also leveraging key channel partners to help us grow,” he said.

Lee declined to discuss OpenDrives’ financial condition, saying it was a private company.