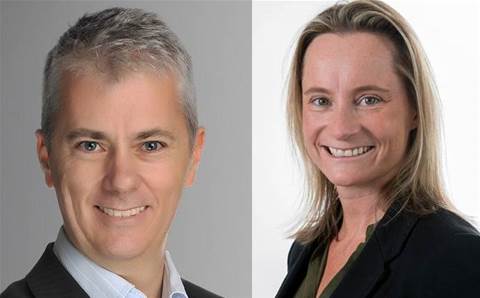 “Over the last seven months, John has built a dedicated business segment team that Paul will now lead to take us to the next level.”

Tyler held the managing director role with Telstra from 2016, and has worked in various executive, management and sales roles across several countries with Nokia since 1994.

“Paul is a high calibre executive with significant experience and a proven track record,” Morrow said.

“I'm delighted to have him as part of our team and look forward to seeing him drive significant momentum in this vital part of our business.”

The company also revealed the departure of chief corporate affairs officer Karina Keisler, who will leave in mid-August this year, following the provider's full-year results report. NBN Co is currently seeking her replacement.

Keisler will be taking time off and go on an African safari with her family in September, according to a post on LinkedIn.

"Never have I worked with such dedicated people who consistently do their best to help people understand the benefits this enormous project will bring despite the relentless commentary," she wrote.

"The culture of the business and the outstanding leader Bill Morrow and his crew has made a challenging role incredibly rewarding and I will cherish my time here."

“Karina has led us through countless press briefings, senate hearings, community engagements and employee activities in arguably one of the hardest communications and government relations roles in the country,” Bill Morrow said.

“While we are sorry to lose her, Karina leaves us with a strong team who will continue to report on our progress, clarify the facts, and help manage the reputation of the company.”