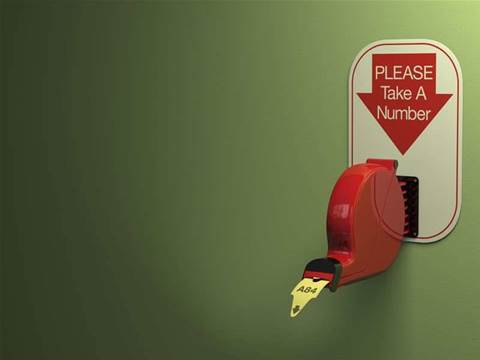 NBN Co is building out systems to detect, analyse and proactively fix faults along its fibre network to avoid unnecessary phone calls from access seekers about service disruptions.

In March last year, the wholesaler added IBM’s Tivoli Netcool software to a collection of operations and business support systems (OSS/BSS) for a three-year, $200 million project with integrator IBM.

It deployed the first release of Netcool for service assurance in July, integrating it with some BMC software for ticketing.

Those disruptions – impacting multiple access providers and premises – were commonly caused by “somebody with a tractor or some other damned thing coming along and cutting the cable”, he explained.

The wholesaler plans to integrate its Netcool and Spatialinfo physical inventory management systems late this year to be able to locate fibre cuts to an accuracy of about ten metres.

“It also allows me to go and find the idiot who basically put a tractor through [the fibre], take him out to the woodshed and give him a good kicking – which is probably what we want to do in that situation.”

Besides determining the root cause of outages, the OSS/BSS project would also provide analysis on any impact to services caused by disruptions.

Wills said a recent integration of the Netcool product with Comptel fulfillment systems as part of the project allowed staff in NBN Co’s network operations centre (NOC) to view all Ethernet services impacted by a particular GPON alarm.

Upcoming releases will automatically create incident tickets for every impacted access seeker and send those access seekers information about the disruption through NBN Co’s B2B interface.

“We [telcos] start off with a pendulum which is swung all the way to the left where your customer is telling you about every single service impact and break you’ve got,” Wills said.

“Over time, the pendulum is supposed to swing back; you get to a point where you’re able to infer what’s going on from the OSS system that you’ve got.

“It’ll be quite awhile before I can convince access seekers not to call me, but that’s certainly the aim.”

NBN Co will locate and rectify any faults during fibre construction under a $2 million, three-year contract it signed last month with Melbourne-based Geomatic Technologies.

Auditors at the network builder will use the solution to trace, log and manage defects through a proprietary mobile device.

Information is overlayed onto a map to find potential faults throughout the network, and relayed to relevant contractors to rectify erroneous fibre cuts or other defects.

The software is used for similar purposes by energy companies.

It will be rolled out by NBN Co between April and August this year for use in fibre construction until 2018.

“One of our key requirements was to quickly establish a consistent way to check the construction is meeting specification standards and assign responsibility for any necessary remediation,” NBN Co head of construction Dan Fleming said in a statement.

When a resident of one of the mainland NBN trial sites turned off their network equipment recently, three trucks rolled up to the premise to see why the signal had disappeared, he recalled.

“Three trucks rolled up to see why the ONT (optical network terminal) had disappeared from the customer premises. It hadn’t, someone had just turned it off,” Tweedie a panel session in Perth this week.

“The point is they know - it’s an active piece of equipment, it’s constantly in communications with the OLT (optical line terminal) at the other end and they will know if large portions have gone down."

By contrast, Telstra’s copper network required “three to five faults” to be logged as a mass fault for investigation, he said.

“You pretty much have to wait for customers to call up before you can log faults,” he said. “The difference [with the NBN] is, they’ll know exactly how many are gone.”

Liz Tay attended the Pulse conference in Las Vegas as a guest of IBM.