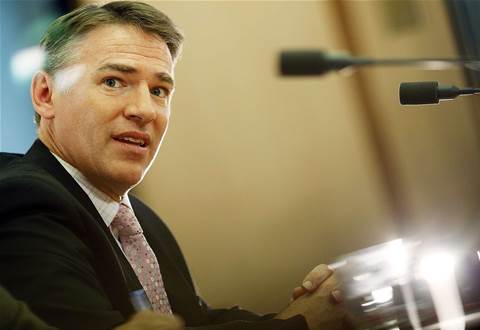 NBN Co needs to prepare for potential policy changes as a result of the September federal election, according to the NBN joint oversight committee, which recommended an update to the company's corporate plan.

The fifth report, tabled today, is the oversight committee's last. It made five recommendations, including that NBN Co revise its 2012-15 corporate plan to "prepare strategies to minimise risk in any policy changes that may reasonably expect to occur" over the next two years.

Committee chair Rob Oakeshott threw his weight behind the NBN in its current form, arguing the case for its ability to deliver consumer equity while calling for greater rigour on public reporting of the project's details.

NBN Co was also criticised for its lack of project detail in an accompanying Coalition report, which recommended NBN Co undertake a rigorous analysis of the alternative options to its current fibre-to-the-premise (FTTP) model for brownfield areas.

“The most cost-effective solution for very fast broadband will vary from area to area, but in many cases will involve re-use of existing network assets,” the Coalition report stated.

The Coalition also took aim at the ongoing “lavish” headcount and turnover at NBN Co, pointing out 14 senior executives and 55 executive-level employees had left the company since October 2009.

Despite the executive-level turnover, NBN Co had 2477 staff members at the end of February this year, compared to 1674 in June 2012.

The Coalition also wants NBN Co to commit to reducing its indirect opex overheads by 20 percent over the next two years.

Under a Coalition Government, the NBN would run as a cut-down version of the FTTP network currently being built by the Labor Government.

The Liberal Party would spend $29 billion by 2019, compared to Labor's $44 billion by 2012, building a fibre-to-the-node network for 70 percent of Australians. The remaining 20 percent would be served by FTTP and seven percent by satellite and fixed wireless.

Oakeshott had previously warned the fourth oversight report may have been the last as both parties struggled to transcend party politics and focus on the task at hand.

But in the fifth report released today Oakeshott said despite the differences between the two parties, Australians could be confident the NBN would be completed in some form.

“I have personally done what I can to see the NBN completed to the best standard possible,” he said in an accompanying note.

“It is, in my view, real nation-building. I invite the 44th Parliament and its NBN oversight committee, to commit to doing likewise.”