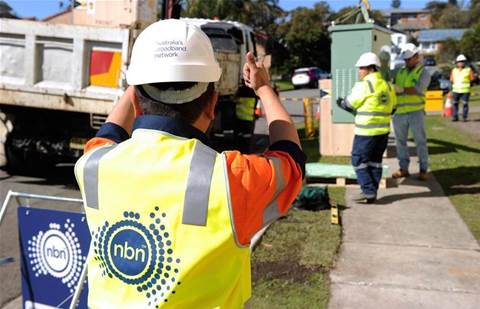 NBN Co has been given a formal warning over discriminating between retail service providers by providing information to Macquarie Telecom, but not other carriers.

The Australian Competition and Consumer Commission (ACCC) found that from as early as January 2018, the network operator offered “materially different” commercial terms to different RSPs when upgrading its infrastructure to support business-grade services

But MacTel was also given indicative pricing information for its new enterprise Ethernet service months before the information was given out to other RSPs, as the ACCC explains in its formal warning to NBN Co (pdf).

Macquarie Telecom is blameless in this incident.

But NBN Co is not, because it is prohibited from discriminating between RSPs when supplying wholesale services. Indeed, the intention behind creating NBN Co was to set a level playing field for RSPs.

NBN Co has admitted it didn’t have the appropriate processes in place to ensure it complied with its mandate for transparency and non-discriminatory practices.

“The ACCC has concluded that NBN Co failed to comply with its non-discrimination obligations on a number of fronts,” said ACCC chair Rod Sims.

“These legal obligations were enacted to ensure that NBN Co does not distort competition in the market for retail NBN services, such as by favouring larger RSPs.”

NBN Co has since committed to a court-enforceable undertaking to take measures not to repeat its conduct, and has agreed to offer consistent contract terms to RSP, give customers the same information concurrently, and will put in extensive compliance arrangements.

NBN Co released a statement welcomed the ruling, saying it would give certainty to NBN Co and the market about how its network is built.

“Providing competitive offerings to help meet the needs of business has always been part of NBN Co’s intent. The outcomes that we have agreed with the ACCC provide a transparent platform which confirms NBN Co’s crucial role in the business segment. In fact, we’re now even better placed to deliver value for the industry and for business customers,” a company spokesperson said.

“For a maturing business, this has been a very valuable process, to work constructively with the regulator to firm up processes that not only help ensure compliance but provide simplicity, flexibility and better access to commercial arrangements for the benefit of industry and the business market.”

NBN Co has already come under fire from the ACCC this month, which suggested on 1 October that the company face steeper penalties for late or delayed connections, or for slow fault fixes.