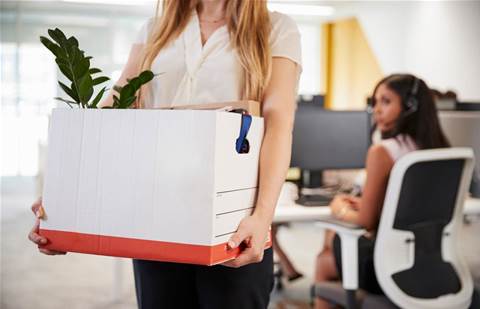 NBN Co has announced plans to slash some 800 jobs as part of a broader restructuring effort following the completion of the NBN network’s initial build.

In an announcement, NBN Co chief executive Stephen Rue said the workforce will be reduced from the current 6,300 staff to “around 5,500 people” by the end of the calendar year.

“For a decade we have been single-minded in our mission to build a fast, reliable and secure broadband network to serve the needs of customers today and benefit the nation for generations to come,” Rue said.

“As we have approached the final stages of the initial build, we have talked about changing the size and shape of the organisation and we are now preparing for the next phase of the company’s evolution.”

The network provider said most of its internal restructuring activities were paused over the last six months to keep NBN Co well-resourced to complete the initial build and support network connections amid the increased data and operational demands brought on by COVID-19.

The restructure now goes ahead starting 3 August 2020, with a new operating model seeing business units combined and new ones created.

NBN Co will combine the sales and marketing divisions of both business and residential customers into one unit called Customer, Product and Marketing. It will be led by Brad Whitcomb as chief customer officer, with business CCO Paul Tyler leaving the company.

A dedicated Networks, Engineering and Security business unit will be established to further integrate technology, architecture, engineering and network functions, and will be led by chief engineering officer John Parkin.

Network Planning and Deployment will move to an agile model and be renamed “Operations”, with Katherine Dyer as chief operations officer.

The Finance, Service and Analytics business unit will be retitled Finance, with CFO Philip Knox still at the helm.

Both Regional Development and Engagement and Systems Engineering and Operations will remain business as usual, with Gavin Williams and Sally Kincaid still managing the units.