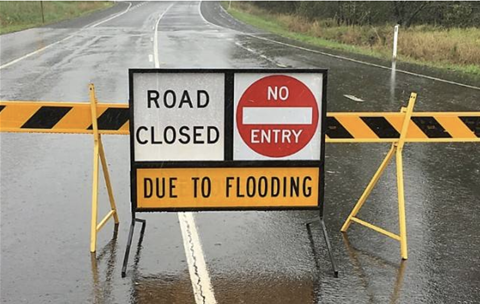 "Power outages remain the predominant cause of disruption to services," NBN Co said.

"Approximately 20 generators are working across most affected areas of the Sunshine Coast, Gympie, Maryborough and the Greater Brisbane Area where it has been safe for us to install them.

"We are continuing to work with power authorities for updates and site access (where required)."

NBN Co added that as waters recede, it will "have a better understanding of the damage that has been done to the NBN".

"When it is safe for technicians to do their assessments, we’ll have a clearer idea of how long it will take to repair our infrastructure and fully restore services," the company said.

The move comes as the tropical low causing the floods moves into northern NSW, causing record floods in Lismore and resulting in an evacuation alert for the whole Northern Rivers region.

On Monday, the ABC’s live blog of the floods reported around 2500 landline customers were affected, and 70-plus mobile base stations were offline.

A cable in Kilkivan was damaged by flooding, but Boisen said most of the outages were due to power loss.

Telstra told iTnews the full extent of the damage won’t be known for some days.

With many road closures in the affected regions, the carrier could not yet estimate how long it will take to restore services.

“We will also be allowing free use of the Telstra Air wi-fi network at locations where payphones are equipped to provide this”, Boisen told iTnews.

At the time of writing, the support package was available to 156 communities, a list that’s certain to grow in the coming days.

Optus said on Twitter that Optus its "customers in Queensland and Northern NSW may experience service disruptions as a result of extreme weather."

"We are working to ensure continuity of services, with more than 50 sites currently impacted," the telco said.