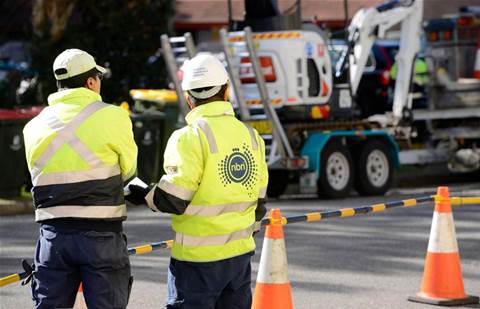 NBN Co could face even steeper penalties for late or delayed connections, or for slow fault fixes under a new proposal by the Australian Competition and Consumer Commission.

In addition to the fines, the rebate available when technicians miss appointments would be bumped from $25 to $75, which must be passed on to the customer.

NBN Co would also have to pay $20 rebates per month for congested fixed wireless services, along with fines for services that fail to reach half of the promised peak information rate (PIR).

The proposal was made as part of the ACCC’s draft final access determination report, which follows a two-year inquiry into NBN Co’s service standards in an effort to improve wholesale service levels.

ACCC chair Rod Sims said it was unusual for a telco monopoly like NBN Co not to be subjected to regulated service standards.

“The new arrangements are designed to give NBN Co more incentives to lift its service standards to RSPs, which should, in turn, improve service to NBN consumers by reducing instances of missed appointments, delayed connections and unresolved faults

“We have heard long-standing concerns from consumers about how frustrating, inconvenient and costly these issues can be. We need to see more action from NBN Co and RSPs, especially now that the NBN rollout is entering its final stages.”

The ACCC is still seeking feedback on its draft decision and for the final access determination. Sims said NBN Co and RSPs are currently negoatiating a new wholesale broadband agreement that sets out NBN Co’s wholesale service terms.

“We expect our process to complement these industry negotiations,” Sims said. “These proposed regulated terms will establish baseline service standards, while allowing parties freedom to bargain on specific terms.”

“We expect NBN Co and other service providers to identify more improvements that will benefit consumers,”

The ACCC will accept submissions until 1 November 2019.