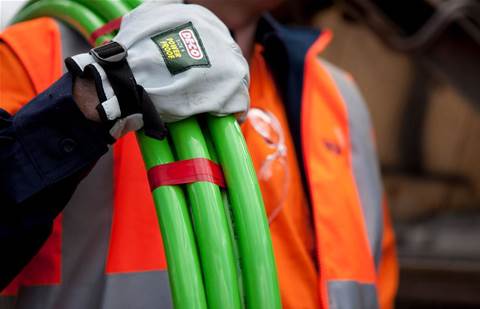 The company is set to initially release some 1000 premises in its HFC access network footprint in Melbourne and Sydney, with another 38,000 to be released in June in select areas across Brisbane, Gold Coast, Sydney, Melbourne, Adelaide and Perth.

“We are pleased with the improvements seen from the additional work undertaken while sales have been paused on the HFC network,” NBN Co chief executive Bill Morrow said.

“We expect to see an uplift in customer experience as a result of these improvements.”

NBN Co also expects to “significantly” ramp up the release of HFC premises to retailers, which it forecasts to hit around 100,000 premises per month.

“NBN Co has undertaken considerable work on the HFC network ensuring network performance and stability has improved substantially and a better service experience will be made available to end-users,” the company said in a statement.

“The optimisation program will continue across the HFC network and NBN Co will update its website in the coming weeks to reflect these changes starting with those that will be declared ‘ready to connect’ in the April-June period.”

NBN Co paused all new HFC orders in November last year while it worked to improve the quality of service for internet service providers and end users.

The delays impacted the rollout schedule, with Telstra estimating a $700 million hit in revenue while Optus was forced to review a deal with NBN, which involved sidelining its own network.

The Australian Labor Party also said the delay would add somewhere between $420 million to $790 million to the network’s budget, based on NBN Co’s corporate plan.

The new premises added to the FTTC footprint were originally planned for the fibre-to-the-node (FTTN) “long-copper lines” and “infill and extension” premises within the existing planned HFC footprint.

“The team remains at the forefront of technology developments and continues to innovate to bring the best network to all Australians, as quickly and affordably as possible. The flexibility of the multi-technology mix allows us to choose the right technology for each area and deliver the project on time and on budget,” Morrow said.

“We remain confident of reaching our goal of completing the build and connecting eight million Australian premises by 2020.”