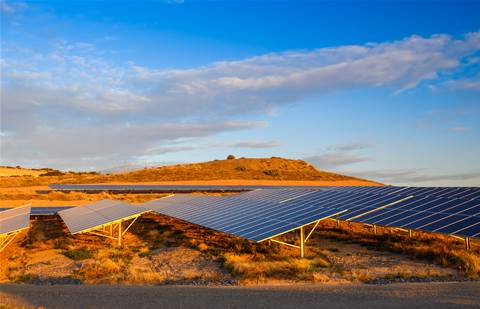 NBN Co has committed to reducing its contribution to climate change with a new emission reduction program and by joining RE100, a global corporate renewable energy initiative.

The new program, Towards-Zero Carbon Ambition, begins with the key goals of reducing annual energy use by 25GWh and buying 100 percent renewable energy by December 2025. It is also committing to using electric or hybrid vehicles by 2030.

So far, NBN has a renewable purchasing agreement that will cover 20 percent of it energy usage, and it plans to cover the rest through further power purchase agreements and contracts.

The company has installed solar panels in its facilities, turned off inactive line cards and installed LED lights in technical facilities.

NBN Co joins Atlassian and Interactive as Australian headquartered members of RE100.

RE100 Australia coordinator Jon Dee said, “NBN Co is the first Australian telecommunication company and the first government business enterprise to join RE100. It joins 110 other major companies in Australia that have joined RE100 and made the commitment to switch to 100 per cent renewable electricity.

“Between them, the Australian members of RE100 use over 5.5 terawatt-hours of electricity per year. That’s enough electricity to power 800,000 Australian homes. Having that electricity transitioning to 100 per cent renewable energy will help in the creation of a cleaner, greener Australia.

NBN Co adds that it has now completed 90 percent of the initiatives it announced in FY20, which aims to see 15 percent reduction in emissions that were originally forecast for FY23.

NBN Co chief executive Stephen Rue said, “We want to create a more sustainable company through our commitment to digital inclusion and capability; empowering individuals, businesses and communities to stimulate economic productivity and growth; operating a trusted secure and reliable network, reducing emissions and addressing climate risks; fostering workplace diversity and inclusion and by being transparent and accountable.

“And now, as we all move towards a low-carbon Australia, I’m delighted to announce our membership of RE100 and the launch of NBN Co’s new ‘Towards-Zero’ carbon ambition, along with the program that will get us there.

“Beyond the direct impact of becoming an environmentally sustainable business, what’s equally exciting is the power of the network to help enable digitisation and the huge benefits that it unlocks for the nation in terms of emissions reductions, as well as socio-economic benefits.”

Grabbing the hybrid cloud opportunity with Lenovo and Azure Services
By Ben Moore
Dec 13 2021
11:07AM