NBN Co's revenue grows as its payments to telcos drop 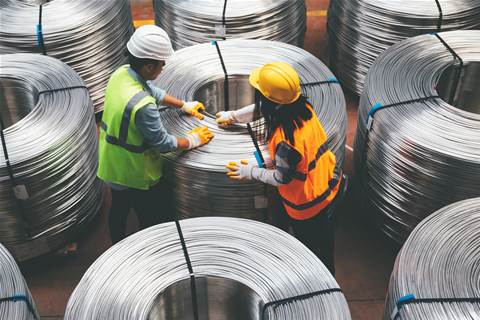 NBN Co has reported $3.8 billion in revenue for the first three quarters of the 2022 financial year, a 10 percent jump from the corresponding period last year, which was largely due to a decrease in NBN’s subscription payments to telcos.

In the nine months to 31 March 2022, the government-owned corporation paid $174 million in subscriber costs to Telstra and Optus, which was an 83 percent reduction from the  $1.05 billion of payments it made in the prior corresponding period.

The network provider said in a statement yesterday that “NBN Co reaffirmed its expectation and guidance that these payments will cease during financial year 2023.”

The future of the special access undertaking (SAU), which sets the terms and conditions for internet providers to access the NBN until 2040, hangs in the balance as the Australian Competition and Consumer Commission and NBN have continued to duel over NBN’s Co’s proposed revisions of the pricing arrangements.

ACCC commissioner Anna Brakey has said the special access undertaking “hasn’t operated in the way the ACCC and industry intended”, and the current regulatory framework “has the potential to drive prices much higher than they need to be.”

EBITDA, including subscriber costs, was $2.3 billion at the end of the 2022 financial year's third quarter, a $1.4 billion increase from the corresponding nine-month period.

NBN said its strong performance was “primarily due to growth in activations and customers upgrading to higher speed tiers.”

76 percent of residential and business customers were connected to plans based on nbn wholesale speed tiers with peak download speeds of 50 Mbps and above, which the company said was a 71 percent increase from last year.

Residential average revenue per user in the third quarter was $46, which was roughly even with the corresponding period. However, revenue from business customers increased to approximately $750 million, which was an increase of 22 percent from the prior corresponding nine-month period.