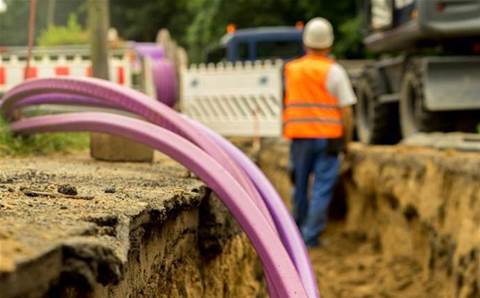 The extra CVC capacity that NBN Co introduced to its network was enough for the network’s speeds not to be negatively impacted, the Australian Competition and Consumer Commission (ACCC) revealed.

ACCC chair Rod Sims said data from its test units are showing daytime NBN speeds haven’t been impacted and that speeds on most evenings are “holding up well”.

“It is clear that NBN Co’s temporary boost in network capacity which allows RSPs to increase their capacity on the network by up to 40 per cent at no extra cost for three months is underpinning these encouraging results,” Sims told the Comms Day Summit 2020 via Zoom.

“Despite serious issues when there was a massive increase in calls to some government numbers, mobile networks are handling the increase in volume quite well.

“Retailers are increasing plan allowances or reducing excess charges to help their customers adjust, and they should be applauded for this.”

Sims added that, during this health crisis, the ACCC had been focused on the delivery of better communication services, while also maintaining long term competition and efficiency in the market.

He referenced an earlier interim authorisation to allow NBN Co and the five largest RSPs to form a “special working group” to coordinate on the increased demand in bandwidth. “We will want vigorous competition, however, to drive the recovery when it comes,” Sims said.

Sims also brought up some concerns around some telco services, particularly with helping those without a working service get online; offering customers flexibility on certain NBN plans; and being open to customers when needing to put any service restrictions in place.

“It is very important consumers receive accurate advice to guide their decisions,” he said.

“We still expect service providers to take reasonable steps to check the capability of NBN connections where consumers look to upgrade as some are doing during this period.”

Grow your software revenue by selling these 5 affordable, essential tools for the modern workplace
By Nico Arboleda
Apr 6 2020
11:43AM