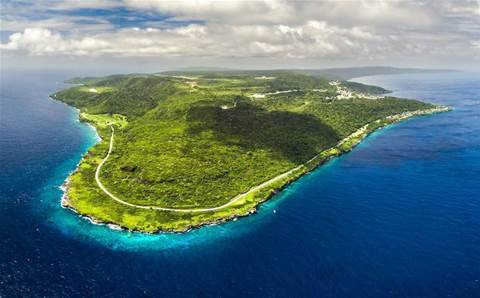 Communications and IT solutions provider SpeedCast has reached an agreement with the Australian Government to return wireless and 4G network services to Christmas Island, after the incumbent ISP ceased services.

The explanation for the blackout was suggested in a damning blog entry posted to CiiA's website, which states: "CiiA has decided to let NBN declare victory over common sense, sound network design and the public purse.

"The use of Sky Muster to service Christmas Island is so technically unsound and so costly to the taxpayer that the only rational explanation is that the solution was designed by equipment vendors that were left with keys to the vault."

The blog goes on and calls NBN's way of rolling out Sky Muster in the territory "clumsy".

A community bulletin posted by The Department of Infrastructure and Regional Development soon after, stated: "The Christmas Island Internet Administration Limited (CiiA) has not agreed to the Department's offers to provide a reasonable level of assistance to continue its O3b (Ka-band) internet services."

According to the department, NBN responded quickly in order to provide access for critical services.

A NBN spokesperson told CRN: "NBN and its delivery partner have also appointed dedicated project managers who have flown to Christmas Island to monitor and assist with the accelerated migration.

"We conducted an expression of interest process last year for Sky Muster installations and received expressions for approximately 630 premises, of which more than 500 orders have been received to date. An additional ten installers have arrived on the island and to date, have installed more than 140 services. We expect to have all current orders completed by mid-May.

"It should be noted that getting equipment to Christmas Island and finding installation partners logistically is a very large exercise. However, we will continue to work with the Department to roll out the NBN network on the Island as quickly as possible."

SpeedCast was notified about the issue and reached an agreement with the government to provide services until 30 June. By then, Christmas Island expects NBN services to be widely available in order to start providing connectivity services.

Andrew Burdall, SpeedCast executive vice president for enterprise and emerging markets, said: "SpeedCast has extensive experience in remote locations around the world and is proud to support Christmas Island by maintaining connectivity for its residents and local businesses."

A SpeedCast team is being sent to Christmas Island to "oversee the change and revitalise the local internet infrastructure".

The provider has arranged for disconnected internet accounts to be reactivated, so the locals and businesses affected can get access to internet faster. All account holders will then migrate to a SpeedCast internet account.

SpeedCast also said that it will be evaluating the possibility to provide O3b Networks' Ka-band internet service on Christmas Island over a longer period.