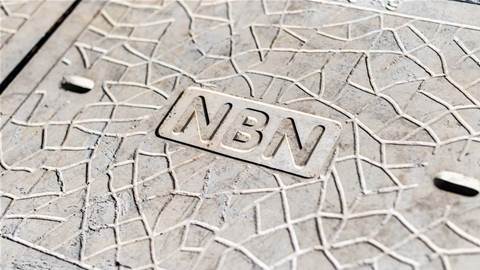 NBN Co has announced an additional 300,000 businesses and homes eligible to be upgraded from fibre-to-the-node (FTTN) to fibre-to-the-premises (FTTP) broadband connections.

The company said that this takes the total number of premises eligible for speeds up to 1Gbps to 1.4 million with additional suburbs and towns in New South Wales, Victoria, Queensland, South Australia and Western Australia. The list of suburbs can be found here.

These additions are part of NBN’s $3.5 billion network investment program that aims to have 8 million premises on the fixed-line network by 2023.

“We will launch a small-scale pilot of the FTTN to FTTP upgrade program to enable the first eligible premises to access a higher speed NBN Home Fast, NBN Home Superfast or NBN Home Ultrafast service via their chosen internet retailer in November this year.”

The ACCC recently released a statement commending NBN and its RSPs (retail service providers) as it found more high-speed plans hit their maximum speeds more often in May 2021 than the period covered in its previous performance report.

Last month, the ACCC took Telstra, Optus and TPG to court for allegedly making false or misleading claims on some of the 50Mbps and 100Mbps NBN plans. In June, Vocus was ordered to ordered pay $2.5 million in penalties for making misleading claims about their NBN broadband speeds.

The ACCC said that many underperforming connections still remain, although it attributed a portion of this to user equipment.

“We expect retailers to take appropriate steps to assist affected customers on NBN250 plans and above, both when offering these plans and for existing customers who may require replacement home gateways, or the option to move to a suitable plan speed,” ACCC Commissioner Anna Brakey said.

However, she added, “There is a persistent cohort of fibre to the node customers that are still experiencing slower than expected speeds, and NBN Co and retailers have been slow to address this.

“While it’s encouraging that some of the fibre to the node services we monitor are improving, especially given the additional investment announced by NBN Co last year, retailers and NBN Co need to collectively do more.”

NBN also said it welcomes the Government’s new Statement of Expectations for the company (pdf), which calls for the NBN to ensure speed, stability, reliability and security of the network while continuing to expand access, particularly to the regions.

There has also been tension between the network provider and its RSPs in relation to pricing over the last year.

In its Corporate Plan 2022 (pdf), NBN outlined its three proposed options for greater cost certainty, simplicity and value: a flat ‘AVC-only’ (Access Virtual Circuits) pricing model, removal of the CVC charges for wholesale speed tiers offering download speeds of 100 Mbps and above, and including a 25 percent reduction in the overage rate from and rebalancing from variable charges to fixed charges.