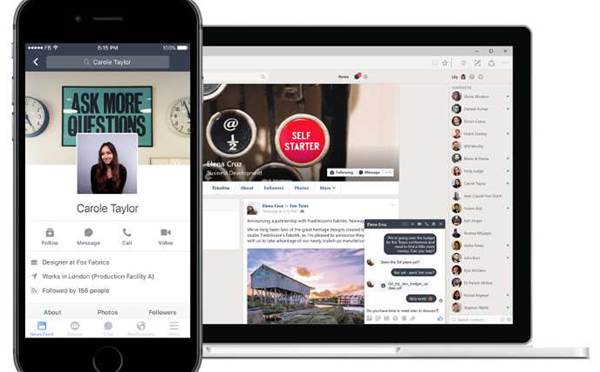 NBN signed up for the beta of Facebook's Workplace six months ago and today has 90 percent of its 6000 employees using the platform.

NBN is the first big corporation in Australia to adopt Workplace and, according to corporate affairs general manager Karina Keisler, more than 50 percent of its employees signed up to Facebook's productivity suite within hours.

"We had set a target of 50 percent registered by end of year but our expectations clearly didn't anticipate the team's appetite for collaboration," Keisler said.

"Within a week of launch, 72 percent of employees were on board and, today at 90 percent, there's a steady stream of conversation and collaboration."

Keisler said the company adoption of the platform was part of its strategy to be among the best employers in Australia by improving communication and collaboration.

During satellite Sky Muster II's launch there were 1400 posts, 1700 comments and 8400 reactions from across the business, and the world, according to NBN.

"It's early days and there's work to ensure Workplace remains a productive tool but there is no question it is helping us reduce emails, connect with colleagues, learn more about our business and share our wins and challenges with each other," Keisler said.

Previously known as Facebook at Work, Workplace became available yesterday followed by the news that the social media giant would go to market through the channel.