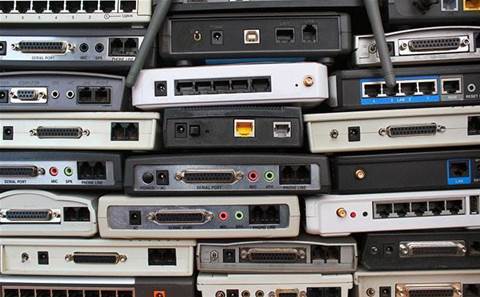 The Australian Communications and Media Authority (ACMA) yesterday released a study on WiFi Modems sold to NBN users and confirmed what many have long-suspected – the NBN itself may not be perfect, but WiFi modems can make things worse for users.

The study’s “outcomes report” (PDF) observes that “A large number of devices have 2.4 GHz WiFi that is incapable of supporting the higher data rates currently offered by FTTN/B NBN services.” Another observation: “There is a very wide variation in WiFi performance capabilities offered across the range of devices and this is likely to lead to some degree of consumer frustration.” The report also points out that modem placement matters, that older WiFi-enabled devices can slow things down for all machines connected to an access point and that modem price does not correlate to performance.

All of which says, to me, that the channel has not been at its best when serving NBN consumers, or has not been allowed to do it well.

CRN is fiercely pro-channel so I don’t write this lightly. But I write it with considerable experience of channel business leaders in B2B and B2C telling me that they aim to become trusted advisors to their clients.

When 2.4GHz-only WiFi modems are being sold to customers with NBN connections that will challenge exceed those modems’ capacity, the advice being dished out is not trustworthy. It's probably not reasonable to expect that staff at prominent electronics retailers will ever be trained on nuances like frequency ranges and what they mean, or that an old 802.11b device can slow every other device on a WiFi network.But it is reasonable to expect that product sold through that channel offers a lot more than an "NBN-ready" label.

And when NBN’s retail service providers push such devices to clients without advising them of optimal setups, that's sub-par because RSPs bill themselves as experts. If they’re offering the modems ACMA’s tests find to be poor without properly explaining their capabilities, they're not being a good channel for their vendors and deserve whatever commercial or regulatory sanctions await.

NBN Co itself has, in the last year, taken steps to address this problem by setting up its own channel program. But that program has focused on business users.

This report gives NBN Co a mandate to talk more about modems. As our sibling publication iTnews has reported, NBN Co has long had an inkling about which modems are problematic. And NBN Co’s current corporate plan (PDF) make some oblique references to consumer and RSP education.