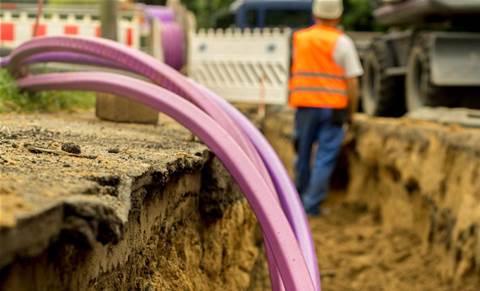 NBN Co is launching a series of updates to spur midmarket and enterprise users to migrate to the national broadband network, including a program aimed at the ICT channel.

The new partner program will offer "training and accreditation for technology providers and consultants to educate business customers about what they need to do to connect to the new network as well as information on applications which can support their business over fast broadband".

"As we increasingly move into metro areas we are accelerating the development of our wholesale product suite to meet the needs of enterprise and government businesses.

“We recognise larger organisations require a dedicated support team, which is why we’re scaling up and working with our partners to deliver the types of services these businesses expect with minimal disruption to their organisation."

NBN Co would not be drawn on further detail of the ICT program, other than to say a pilot program would commence before the end of the year with the program set to officially launch in the first quarter of 2018.

The network builder has been quietly spinning up a partner organisation this year, first scouting for an ICT channel engagement manager earlier this year, and more recently hiring for two further roles, an ICT channel manager and ICT channel program manager, with the common aim to strengthen NBN Co’s ties to vendors, distributors and partners.

The NBN is already resold by many telecommunications providers, including tier-one companies such as Telstra, TPG and Optus, as well as many smaller retailer service providers (RSP).

Those same carriers also have their own fibre in competition with NBN.

The Australian Competition & Consumer Commission last week announced a public inquiry into NBN wholesale service standards with a view to probe whether the quality of service being delivered is appropriate or requires greater regulatory intervention.

The announcement followed a damning report from the Telecommunications Industry Ombudsman, which revealed an almost 160 percent increase in NBN related consumer complaints in the past year. Most of the grievances surrounded delays in connections, missed appointments and fault rectification.

Cloud application revenue made easy
By Steven Kiernan
Nov 6 2017
7:21AM