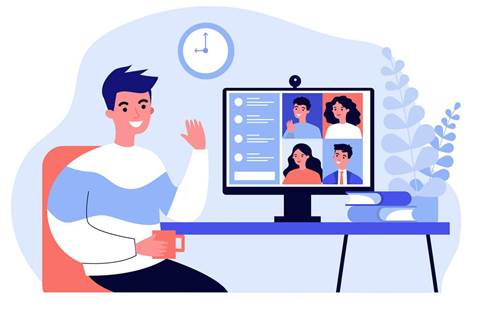 The NBN has launched a new weekly report to chart broadband data demand during the Covid-19 crisis.

As many Australian businesses have enacted work-from-home policies amid social distancing practices in response to the coronavirus, significant increases in download peaks have been observed on the NBN since the end of February.

The broadband network provider reports that since the last week of February, prior to social distancing measures coming into effect, peak download throughput record each week in the evenings has increased by 25 percent to 13.8 terabits per second, or 1725 gigabytes per second.

The data has been pulled from NBN TC-4 traffic, which is mostly made up from residential users, though NBN reports there are also a large number of businesses within that traffic class.

NBN reported that its throughput increases, even those in the evening, remain “well below” its maximum capacity.

The network provider said while peak throughput was the most appropriate way to chart the growth of data, traffic on the NBN main wholesale service had significantly grown, with business hours usage increasing by more than 70 percent. 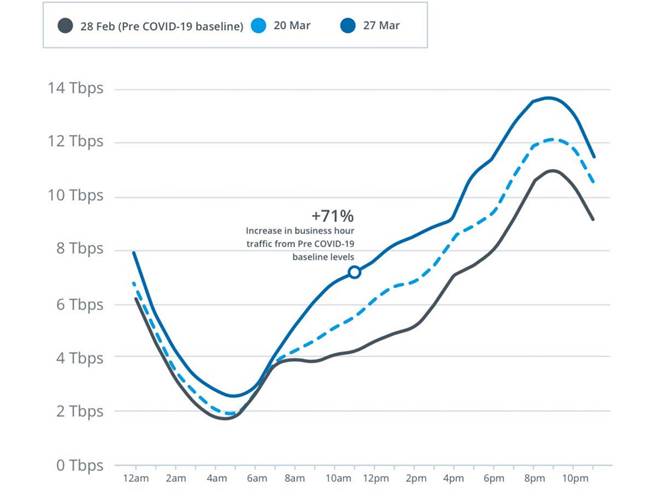 The majority of data usage is mostly dominated by video streaming, web browsing, social media and online gaming. As of the past few weeks however, NBN said video conferencing and online business application usage had likely been large growth sources.

“As more people start to work and learn from home, we’ve seen a substantial increase in the peak throughput on our main wholesale service during the daytime business hours, early evening and busy evening periods,” he said.

“And as we continue to see these increases in data demand, the network continues to perform well, helping internet providers to support the internet needs of Australian homes and businesses.

“We are very pleased that the network continues to operate well in these unprecedented times and is accommodating the increased data load. It shows the nbn is well-prepared to handle Australia’s growing data demand at a time when the nation most needs high-speed, reliable broadband.”

NBN's traffic and network usage will be updated online on NBN’s transparency dashboard.