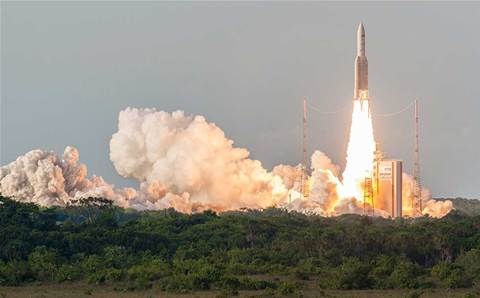 The number of NBN services using wholesale hybrid fibre co-axial technology and long-term satellite services has been revealed for the first time, courtesy of the Australian Competition and Consumer Commission.

The figures come as part of the competition watchdog's quarterly Wholesale Market Indicators Report on NBN services for the period ending 31 December 2016.

"The inclusion of HFC networks and long-term satellite provides a more detailed picture of the roll out of the multi-technology mix," said ACCC chairman Rod Sims.

"Since the first report in April 2016, NBN Co has almost doubled the number of wholesale access services it supplies across different access technologies."

The report showed that NBN was supplying 1.7 million wholesale access services by the end of December, an increase of 316,000, since the previous quarter.

NBN's wholesale satellite broadband service SkyMuster is available to customers in regional areas where a physical connection would otherwise be too expensive.

According to the report, there were 54,829 long-term satellite services during the period. Australian Private Networks has the biggest market share with 22,225 services, followed by SkyMesh with 13,364.

Sims said it was promising to see that competitors had made a dent in Telstra's dominance over the broadband market in regional areas.

“It is interesting to note the development of the long-term satellite market, with four smaller, regionally based retail service providers capturing more than 80 percent of the satellite market share in remote and regional Australia,” he added.

The HFC market was dominated by three service providers, with Optus in the lead with 5295 connections, followed by TPG with 4325 and Telstra with 4227. Overall, there were 14,551 HFC services.

It follows as NBN Co revealed the 42 areas expected to end up with fibre-to-the-distribution point (FTTdp) technology amounting to 450,000 premises, which all sit within the Optus HFC footprint.

Optus' HFC network was acquired by NBN in 2011 for $800 million but was deemed not fit for purpose last year in favour of FTTdp.

Last month, NBN Co announced that it was approaching 50 percent completion as it expects the rollout to be finished by 2020.

The company was hit with criticism that the rollout was taking too long, and that it would need to quadruple the rate of connections to reach its target of 5.4 million by 30 June.