NBN speeds are improving, but FTTN still lags behind 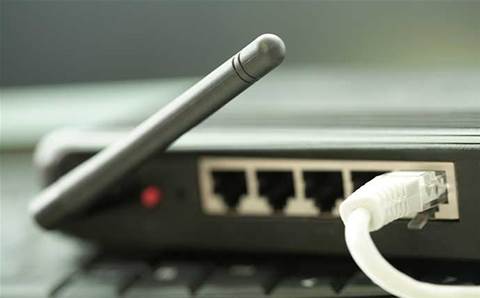 NBN customers are generally seeing "good levels of service" but there's still improvements needed for some customers, particularly those connected via fibre-to-the-node (FTTN).

The Australian Competition and Consumer Commission (ACCC) released its latest Measuring Broadband Australia report for November 2018, breaking out some of its findings on how Australia's largest RSPs performed in the 30 days.

The report found that the majority of download speeds over the national network remained steady in the busiest evening hours between 7pm and 11pm. Out of the 15 RSPs measured, only TPG and iiNet saw notable speed declines of 2.3 percent and 5 percent respectively.

Despite the glowing results, some RSPs still struggled with network congestion, with speeds ranging from 71.8 percent to 48.3 percent of the maximum plan speed. The ACCC had an explanation though, saying this could have been a result of RSPs migrating customers to the new wholesale NBN products introduced in October. 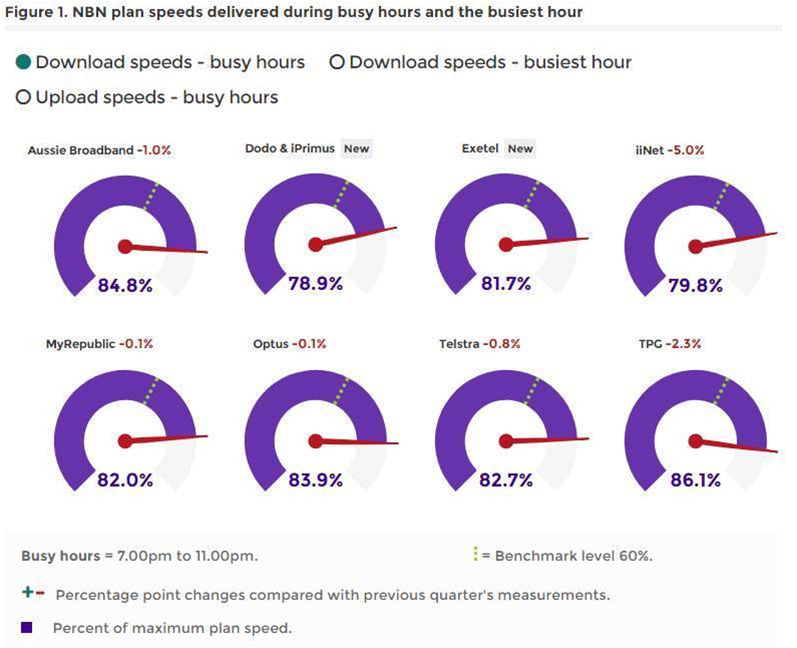 “It is good to see that providers have generally managed the transition to NBN Co’s new wholesale products without too much impact on customers," ACCC chair Rod Sims said.

"We will await the next round of speed testing results with interest, to see if providers have improved their performance.”

Approximately 13 percent of connections tested were considered to be underperforming, or when download speeds can only reach 75 percent or less of the plan speed. The majority of these underperforming services stemmed from FTTN connections, either due to limitations with the technology or in-house wiring faults.

Fibre-to-the-premises and HFC connections were more reliable in hitting advertised speeds, achieving between 86 and 87 percent of maximum plan speeds in the busiest hours, compared to 79 percent. The ACCC said that without those underperforming services, the average speeds would have been closer to 88 percent.

“We encourage customers who aren’t getting the maximum speeds to contact their internet service provider to ask whether the problem can be fixed or about moving onto a cheaper plan,” Sims said.

“We expect NBN Co and RSPs’ focus to remain on fixing speed-related problems and ensuring consumers receive good speeds on their current plans, regardless of which NBN fixed-line technology is supplied to them."

Grabbing the hybrid cloud opportunity with Lenovo and Azure Services
By Brendon Foye
Feb 6 2019
10:35AM