NBN speeds from iiNet, Optus, Telstra and TPG improving but still held back by FTTN: ACCC 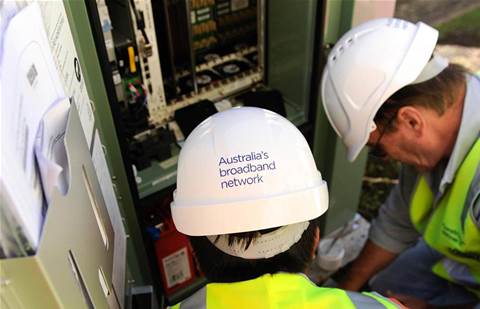 NBN broadband services are still being held back by fibre-to-the-node (FTTN) connections, according to the Australian Competition & Consumer Commission.

According to a report from the consumer watchdog, services from iiNet, Optus, Telstra and TPG have improved, but are yet to meet maximum plan speeds in peak evening hours, delivering between 80 to 90 percent of potential maximum speeds during the busy evening hours.

The regulator's findings, detailed in a report as part of its Measuring Broadband Australia program, also found that around five percent of services tested operated at less than 50 percent of their maximum plan speeds.

“The results for some types of services are still lower than we would like, but the overall results go against the current wisdom that the majority of consumers and businesses are having issues with NBN speeds.”

The ACCC said FTTN connections unable to support maximum plan speeds were a factor that brought the average speeds down overall, but expects averages to improve further as service providers act on court-enforceable undertakings and adopt the ACCC's advertising guidance.

“We know that there are customers who are not getting the speeds that are being advertised,” Sims said.

"We hope that the transparency and the regularity of our broadband speed reports will encourage all retailers to ensure their customers are getting what they are paying for.”

The 25, 50 and 100 Mbps plans and ADSL services were tested in February and March, involving some 400 NBN and ADSL services supplied by more than ten ISPs. That reflects a total of 61,000 individual download speed tests.

“The relatively high average speeds during peak periods indicate to us that retailers are now providing enough network capacity to meet demand in peak usage periods, including on the top speed plans,” Sims said.

“Our results reflect significant and recent changes in the market, particularly the recent discounting by NBN Co of capacity charges and consequent take up of more CVC by retailers. They likely also reflect the effect of our speed advertising guidance and anticipation that our testing was soon to begin.”

“It is highly likely that just a few months ago these results would not have been anywhere near as good,” Sims said.

The regulator’s future reports will detail information on a broadening range of services, including a regional and metropolitan comparison.

The upcoming reports will be released in the second half of the year, with tests expanding to cover 2000 NBN and ADSL services by the end of this year.