NBN starts enabling DOCSIS 3.1 on HFC network to prepare for ramp up of activations 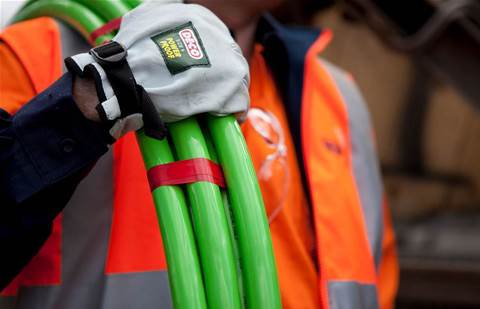 NBN Co has started enabling DOCSIS 3.1 technology on its hybrid fibre coaxial (HFC) network in preparation for ramping up activations in the coming months.

DOCSIS, or data over cable service interface specification, is an international telecommunications standard that permits the addition of high-bandwidth data transfer to an existing cable TV (CATV) system.

NBN said the technology would double the downstream capacity on the network, helping ensure there is sufficient capacity available to meet demand.

This is done by DOCSIS improving the spectral efficiency of the HFC network and allowing NBN to use new higher range spectrum.

“NBN Co has worked hard on the introduction of DOCSIS 3.1 onto the HFC network and we are very proud to be able to launch the technology onto the network,” NBN chief technology officer Ray Owen said.

He clarified, however, that enabling higher speeds, which DOCSIS is capable of, is not NBN Co’s core focus “at this present time”.

“From an NBN Co point of view DOCSIS 3.1 will help us increase capacity on the HFC network far more efficiently than conducting new optical node splits which will, in turn, free up construction resources elsewhere to complete the network build by 2020,” Owen said.

“In addition, we also look forward to the benefits that DOCSIS 3.1 will help bring on the operational side of the network in delivering a more stable and resilient network for end-users.”

NBN Co will be working with HFC technology partner ARRIS with the deployment, which is expected to complete by 2020.

ARRIS is one of DOCSIS's primary authors and is still involved in its development, and also deploys the standard to networks around the world.

“We’ve partnered closely with NBN Co to reach its goal of achieving universal connectivity through a scalable network architecture. The launch of its DOCSIS 3.1 initiative is an important milestone that will benefit all end-users on the NBN network,” ARRIS president for network and cloud Dan Whalen said.

“Our collaboration continues to demonstrate that HFC has a strong future. The DOCSIS 3.1 upgrade underscores the network’s extensibility in meeting today’s demand for additional capacity and new services. We will work with NBN Co to leverage this advanced network infrastructure to enable Australia’s digital future.”

Prior to DOCSIS 3.1, the only way NBN could increase capacity was by installing new optical nodes, or node-splitting, to reduce the number of premises served by the existing optical nodes on the network.

The update will be brought on an area-to-area basis, with most customers having immediate access through their existing NBN network termination device (NTD).

Meanwhile, shadow minister for communications Michelle Rowland remains critical of the HFC rollout in a statement she released yesterday.

“The HFC rollout has been a debacle. Since 2014, the cost-per-premises of the NBN HFC build has increased by 54 percent. In contrast, New Zealand, the US and the UK have reduced the cost of fibre to the premises by between 40 and 50 percent,” Rowland said.

“When Malcolm Turnbull promised HFC would be a game changer this is not what Australians had in mind.”

NBN Co started to sell HFC services again in June, after it decided to pause orders in November last year due to customer experience issues.

The network provider is promising to release some 100,000 homes and businesses on the HFC network to retailers every month through to April 2019.