NBN to deliver FTTC to 700,000 homes and businesses starting this year 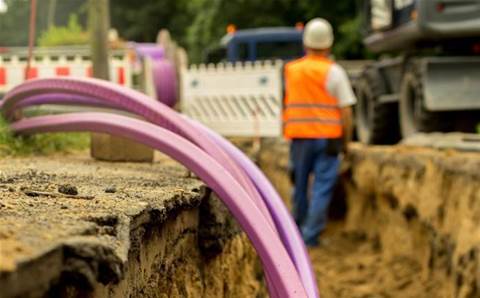 NBN has released details on the first 700,000 homes and businesses that are expected to have fibre-to-the-curb (FTTC) rolled out.

The announcement follows the NBN's move to update to its address tracker in order to allow Australians to find out when their home or business is expected to be connected to the service.

The first area to be built will be Coburg North, Melbourne, where NBN is expected to hold trial services with retailers in the second half of 2017.

Commercial services for FTTC will start being launched in the first half of 2018. By that time, NBN expects to have 100,000 homes and businesses ready to connect.

The FTTC technology delivers fibre all the way to the telecom pit or footpath outside a house. The fibre then connects with a small distribution point unit (DPU) that then uses the existing copper line to deliver broadband to the premises over a relatively short distance.

In other words, NBN won't need to conduct civil works on properties to run the fibre. According to NBN, using VDSL2 technology the company can deliver the same 100/40Mbps services provided over FTTP while providing options to upgrade.

NBN chief network engineering officer Peter Ryan said: "Our goal is to deliver broadband in the most cost- and time-efficient manner possible and FTTC will help us do this in many parts of the NBN network."