NBN to launch partner program with help from Westcon, Telstra and Computer Troubleshooters 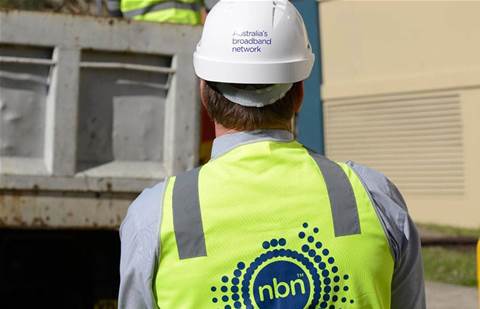 NBN Co has tapped Telstra and Westcon-Comstor to pilot its new IT channel program, which is scheduled to launch in the first quarter of 2018.

The partner program is the network buider's attempt to grow its footprint beyond consumers and into the enterprise. Businesses make up about 10-15 percent of the overall NBN footprint, with about 350,000 businesses live on the network.

The pilot program was announced in November and officially began on Tuesday with IT distributor Westcon-Comstor and franchise Computer Troubleshooters Australia along with Telstra and Vocus. The full partner program is expected to launch nationwide in the first quarter of 2018.

In August, NBN Co appointed Keith Masterton as executive manager, ICT channel development. Masterton had been Telstra's director of business and enterprise partners as part a 26-year career at the telco before exiting in July.

Masterton said: “Our research shows many Australian small and medium businesses are turning to IT consultants during their transition to the NBN access network so we want to mobilise the industry to be able to respond to the growing needs of their customers."

David Gage, managing director for Westcon-Comstor, David Gage, said: “We are delighted to be participating in the pilot program and look forward to working with NBN Co and Cisco to support the development of this new channel."

“Through the program we hope to be able to equip our partners with knowledge about the NBN access network and enable them to provide digital solutions for their business customers powered by fast broadband.”

"It is more complex to switch to the NBN as a business in comparison to a residential consumer, as it can include connections across ATMs and eftpos machines in a cafe, or fire and lift and security alarms and video monitoring cameras in other organisations," Salmon said.

"A lot of businesses will contact their trusted IT adviser to help them move across, so we want to make sure we engage with these partners so they know what they should be doing to make things go smoothly."

Michael Dowling, national manager for Computer Troubleshooters, told the AFR that the program would help the franchisees in its group ease the transition. "This program will enable our network to be educated and therefore better positioned to manage our client's expectations during the transition to the NBN."

The NBN is already resold by many telecommunications providers, including tier-one companies such as Telstra, TPG and Optus, as well as many smaller retail service providers.

Most of NBN's sales are via large RSPs – Telstra, Optus, TPG and Vocus controlled 87.42 percent of all active NBN connections in FY2017.

Cloud application revenue made easy
By Steven Kiernan
Dec 5 2017
7:00AM