NBN to pause all HFC rollouts over customer experience issues 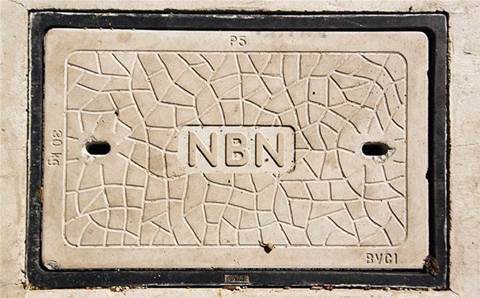 NBN Co will pause all new orders over the hybrid fibre coaxial (HFC) network until at least June 2018 as it works to improve the quality of service for internet service providers and end users.

The delay, which will impact the current rollout schedule, means ISPs may need to extend access to their HFC and ADSL networks.

According to NBN, "while it was pleased that many end users served over its HFC network were satisfied, too many were not having the experience they deserve when getting connected and some were not experiencing the full potential of the network".

Currently, one million premises are "ready to connect" and 370,000 have been connected already. NBN has been adding an average of nearly 80,000 new premises each month.

NBN claimed it would still hit its target to connect eight million active end users and deliver "a fully connected continent by the year 2020".

The HFC improvement work will take place in both locations already deemed ready to connect as well as areas not previously declared ready for service.

"In order to meet a higher level of service quality, NBN Co will be performing advanced network testing and remediation where needed, wholesale connector replacements, signal amplification calibration, and lead-in work as required," according to a company statement.

"Internet service providers are being informed of the changes and NBN Co’s website will be updated in the weeks ahead so end users can check their address and understand any changes that may impact their eventual switch to the NBN access network.

"NBN Co is working with the existing infrastructure owners of both the ADSL and HFC networks to be sure those who may wait a bit longer to switch to services on the NBN access network will still have access to the same services that they have today.

"This means existing (non-NBN) ADSL and HFC customers should continue to access their current (non-NBN) service while these changes are made."

Telstra has warned shareholders that the move would delay a portion of the payments it expected to receive from NBN.

According to the telco, NBN's sales of HFC technology would be delayed for "six to nine months from 11 December 2017."

"Telstra will assess the effect of today’s announcement in conjunction with the NBN Co Corporate Plan 2018 on its outlook for FY18 and advise the market once that assessment is complete. The delay in the NBN rollout will delay a proportion of the payments to Telstra from NBN into future periods."

The telco said it would "keep impacted customers informed and discuss disconnection obligations with NBN Co and the Australian Consumer and Competition Commission to minimise customer impact during this period".

Bill Morrow, chief executive of NBN, said: "In order to deliver an improved experience on HFC, NBN Co will be performing additional work ahead of end users being able to connect to NBN services on the HFC network.

“With the incremental work now required before a home is declared ready to connect, we are focused on providing a better service to our customers (the internet service providers) and thereby improving the experience for the end user.

“While the good news is that we are working on a better experience for the internet providers and end users, the improvement efforts will take additional time and therefore a delay of schedule will occur for most of the remaining HFC premises that have yet to switch to services on the NBN access network."