NBN’s open networking push is a warning to the channel 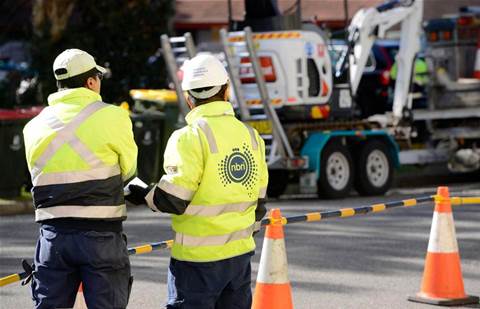 NBN has already signaled an interest in software-defined networking. By joining ONF it’s now showing that it expects its peers in the foundation to become a major source of innovation of its networks.

ONF creates that opportunity because it’s kind of the equivalent of Linux of networks – an open, collaborative effort to create the stuff everyone needs and to do so in an open fashion so that it’s adaptable to individuals’ needs.

Network operators are keen on efforts like the ONF because they’ve figured out that vendors’ business models won’t let them build the networks they need.

The reasons why carriers are tired of vendors were first expressed in a 2017 white paper [PDF] from US giant AT&T. Titled “Towards an Open, Disaggregated Network Operating System”, the document explains that AT&T operated more than 100,000 proprietary routers but worried that it had become dependent on vendors for innovation.

As vendors operate close-to-closed ecosystems, AT&T felt the time had come to split the network operating system from that hardware so that it could evolve its own platforms, rather than wait for and pay for innovation on a vendor’s schedule.

The ONF is one effort to create the kind of stuff AT&T wants. The Foundation uses rather more moderate language than AT&T – in 2018 it gave itself the goal [PDF] of “driving the transformation of network infrastructure and carrier business models”.

But while that sounds benign, the changes carriers want are massive: instead of buying tightly coupled hardware and services from vendors, they’d prefer to run a lot more white box networking hardware, or run on servers, and move to a services-oriented architecture.

The immediate impact of that move on the local channel won’t be huge: NBN is a huge customer but can only be served by so many partners.

But as demonstrated time and again, disruptive ideas that start off addressing problems for the big end of town always filter down to smaller buyers.

Australia’s networking channel will therefore soon have the biggest, most prominent, network in the land extolling the virtues of open networking.

This will be good news for partners aligned to SDN and open networking exponents like Big Switch and Dell, who will be able to point to NBN’s direction as validation.

And in time it will create lots of questions from users reliant on more traditional networkers like Cisco, Arista, Aruba and Juniper.

It’s not time for partners of such vendors to panic, because the mainstream networking industry is alive to SDN and is adapting its products to reflect the core turn-everything-into-a-service principles the new networking paradigm.

But NBN’s decision has validated open networking and SDN like never before. And with Telstra also keen on the concept, the channel can surely expect some testing questions from buyers before long.