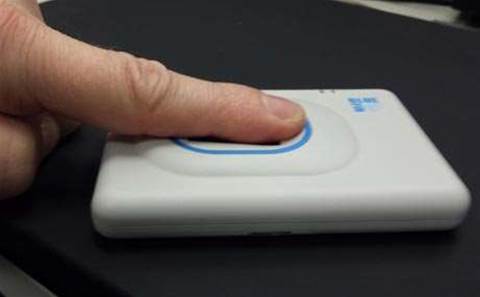 The solution consists of a small, lightweight fingerprint capture unit, which is connected via Bluetooth to an Android smartphone and a custom-built NEC app that cross-references fingerprints against Australia’s Crimtrac National Police Reference database.

If a match is found, results are displayed on the device as a “hit”, containing additional information about the person such as any bail conditions, outstanding warrants, a current photo, address details and any behaviour characteristics such as “possibly violent tendencies".

This is the first time that any Australian police force has implemented an identity management technology used on smartphone mobile devices and means SAPOL officers now independently do this when the person is present at the scene of a crime or during other questioning, without requiring a trip to a police station.

SAPOL and NEC ran a trial deployment of 20 biometric scanners and smartphone pairs beginning in late 2013. Having been deemed a success, the mobile identification technology will be deployed across 150 units.

NEC’s fingerprint algorithm has also been ranked as one of the most accurate systems available under benchmark tests performed by the U.S. National Institute of Standards and Technology.

Legislation will need to be passed before police can compel a person to provide their fingerprints. Changes to the Summary Offences Act and the Criminal Law (Forensic Procedures) Act 2007 will be required and are being progressed.