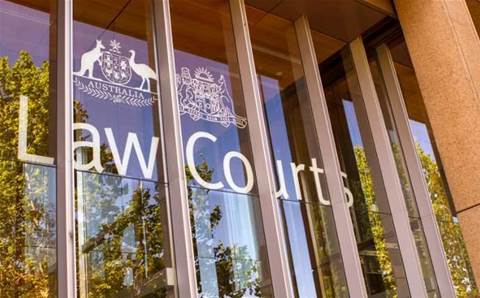 NEC won the project in 2016, but by 2017 it was in trouble. ACIC eventually fired NEC before the project could be completed.

In a statement sent to CRN today, the firm said that since the project’s termination in June 2018 it has sought to recover its costs, but has not been able to do so.

So now it’s filed suit in the Supreme Court of Victoria.

“Since the termination in June 2018, NECA has been attempting to recover its costs, however unsuccessfully,” the company’s statement says. “As a result and after careful deliberation, NEC Australia has decided to take legal action to recoup its costs directly related to the project by commencing legal proceedings in the Supreme Court of Victoria.”

“NEC fully respects the right of the ACIC and its CEO to terminate a contract for reasons they see fit,” the statement adds, “Nevertheless a substantial investment in this project was made by NEC and the company is simply seeking to have the investment at the time the contract was terminated for convenience, returned.

“NEC Australia maintains it met all terms of its contract and was disappointed and surprised that a decision was taken to terminate at what it deems was beyond the 11th hour in the BIS project,” says the statement sent to CRN.

The statement also refers to an Australian National Audit Office (ANAO) report on the project, plus the Joint Parliamentary Committee on Law Enforcement’s consideration of the matter, and concludes “In neither report is NEC criticised for its handling of the BIS project.”

NEC’s been a little self-serving with that assertion. The ANAO report is titled “The Australian Criminal Intelligence Commission’s Administration of the Biometric Identification Services Project” and is therefore not designed as a consideration of NEC’s work.

Another key finding of the report was that ACIC was “deficient in almost every significant respect” of its efforts to manage the project.

The Joint Parliamentary Committee’s document was also not designed as an assessment of NEC’s work. That document is titled “Examination of the Australian Criminal Intelligence Commission Annual Report 2016-17”.

Off to court we go, then! At the time of writing, no court documents were available.

NEC has said it “will not publicly disclose details of its financial claim.”

ACIC told CRN it is "unable to provide comment on the on-going legal proceedings of the BIS contract as the matter is currently with the Victorian Supreme Court."