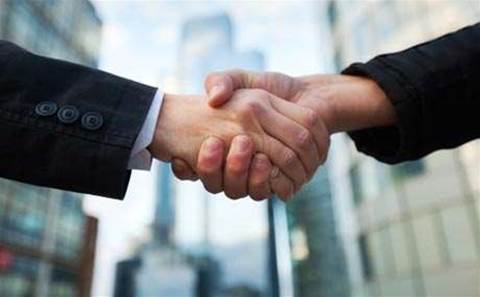 NEC looks set to oust Dimension Data from a South Australian government account worth tens of millions of dollars, CRN has learned.

DiData has held the whole-of-government contract for more than eight years, having first secured the work in early 2006. The contract is due to expire on 30 September 2014.

The South Australian government started the ball rolling on the new contract in April 2012, when it sought expressions of interest for its Tranche 3 range of ICT services, which were the product of reforms to the state's telco and network procurement. Shortlisted respondents were sent a request for proposal in January 2013.

The contract – which was previously known as 'Managed Network Services' and is now referred to as ‘Network Management Services' – "provides management and monitoring of the state’s Central Data Network and Agency Local Data Networks. This includes a range of support, maintenance and security services," a spokesperson for the South Australian Department of Premier and Cabinet told CRN.

The spokesperson would not confirm that the contract had changed hands nor that NEC had been selected. "The replacement arrangements for the Managed Network Services contract are well advanced and negotiations with the preferred respondent are nearing completion. Until these are finalised, the supplier will not be announced."

CRN contacted both NEC and Dimension Data but neither would comment.

The contract is structured as a three-year deal with two three-year extensions. The spokesperson said they would not reveal the value until "negotiations are complete and the preferred supplier is announced".

The whole-of-government contract is mandatory for all agencies to use, hence the significant value.

While none of the central players would confirm the new supplier arrangements, it has been the talk of the town in Adelaide, with local channel players telling CRN that it has essentially been a done deal for months.

NEC is currently hiring for multiple positions in Adelaide, with one job advertisement hunting for multiple engineers "to assist in delivering the final stages of an important project".

CRN has also identified more than a dozen Adelaide-based technical employees who – according to LinkedIn – have transferred from Dimension Data to NEC in the past year, including several who list South Australian government experience on their LinkedIn profiles.

NEC has been cementing its place as a supplier of note for the South Australian government.

Earlier this month, NEC was revealed as a key subcontractor to Lockheed Martin's $800 million centralised processing contract with the Department of Defence; Mike Barbar, executive director of IT solutions at NEC, told iTnews that NEC wasn’t intimidated by the breadth of Defence’s IT legacy the company would soon be running. “We’ve proven it in South Australia, we’ve proven it in the Northern Territory – we can run any vendor’s hardware."