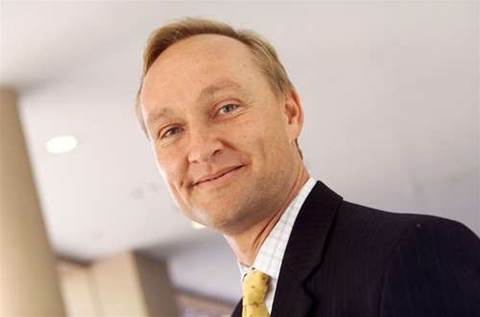 NetApp has made its first foray into the SMB market signing Lan 1 to distribute its new range of StoreVault storage line.

The vendor formed the “StoreVault” division in the US earlier this year as a way to grab a slice of the SMB market.

The StoreVault S500 is an all-in-one network storage appliance for the SMB market that supports NAS, iSCSI SAN, and Fibre Channel SAN, and will scale to 6TB.

“We’ve taken what we have been doing for ‘aeons’ and stripped it down for the SMB market,” said Mark Heers (pictured), director of marketing and alliances at NetApp.

Unlike its enterprise product lines, the StoreVault systems are manufactured in China, he said.

The product suits organisations that would have one or two IT staff, and typical users would include schools, doctor and dental surgeries, he said. The box can be used across two sites for disaster recovery purposes.

“We think it will do pretty well. Australia has got a good SMB tier and LAN 1 is a good distributor,” he said.

About 75 percent of NetApp’s sales in Australia are still being fulfilled direct, which was disproportional to other subsidiaries worldwide which was less than 50 percent indirect, Heers said.

Lan 1 joins Avnet on the vendor’s distribution list. Avnet was appointed by the company in September to sell its mid-range and high-end storage systems to resellers.
Got a news tip for our journalists? Share it with us anonymously here.