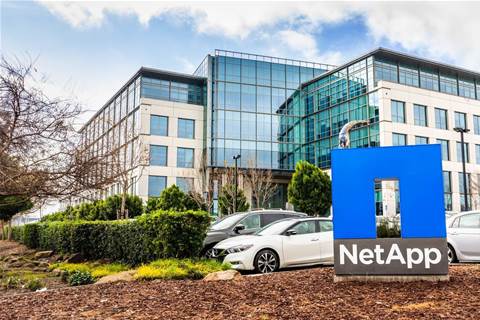 NetApp‘s plans to lay off a reported 5.5-percent of its workforce appear related to both the widespread fall from the economic impacts of the COVID-19 pandemic as well as a push by the storage vendor to focus on its core storage and cloud capabilities.

Multiple channel partner and other sources close to NetApp‘s channel business also told CRN that they are already seeing some channel-facing NetApp personnel lose their jobs, and that many of those laid off appear to be closer to the company’s technical marketing business.

Two people close to NetApp also report significant closures in the Boulder, Colorado-area where NetApp has had a large presence since its early-2016 acquisition of all-flash storage technology developer SolidFire, which was headquartered in the city.

NetApp, which late Wednesday reported year-over-year first fiscal quarter 2021 revenue growth of 5 percent to US$1.30 billion and a slight growth in non-GAAP net income to US$163 million, declined to provide more information on the layoffs.

However, NetApp said in a statement emailed to CRN: “We continue to sharpen our focus on markets where we have both a significant presence and clear competitive advantage, specifically with our storage software and systems and cloud data services. NetApp is realigning resources and investments to best capture these opportunities and position the company for long-term success.

“These changes are a continuation of the transformation we are undertaking as we focus on driving growth for more customers globally by enabling their digital transformations and cloud journeys. As we are currently in our earnings quiet period, any further commentary will follow after our earnings call on August 26.”

A layoff of a large part of the Boulder team, if not everyone there, would have negative implications for NetApp‘s HCI hyperconverged infrastructure technology, one source told CRN under condition of anonymity.

That source, who has worked with NetApp for years, said the genesis of many of the layoffs appears to be the COVID-19 pandemic, which would be similar to what happened after the Sept. 11, 2001 terrorist attacks.

NetApp going forward will be focusing most on its Ontap-based business, which the source said makes sense because that is where the vendor also focuses its cloud business.

“The other stuff has been a distraction,” the source said. ”For instance, NetApp is moving a lot of its data management business to partners like Commvault and Veeam. It seems to be saying, ‘OK, let’s get out of the data management world and leave it to the data management vendors.’ That might actually lead to improved NetApp margins.”

NetApp layoffs are worrying because they give an indication of things to come, the source said.

“The people NetApp is letting go are not underperforming sales people,” the source said. ”Entire teams are getting wiped out.”

Vendors typically start laying off people first because they know their pipelines and have visibility into what is going on, the source said.

“The channel companies are next,” the source said. ”When the OEMs sneeze, the channel catches pneumonia.”

A NetApp solution provider told CRN under condition of anonymity that there should be no surprise to see the NetApp layoffs given that the moratorium on layoffs for companies that accepted federal funding or Payroll Protection Program (PPP) loans is expiring, and even companies like NetApp that didn‘t take any of the federal money were cautious about laying off people until now.

NetApp is clearly looking to realign its focus on the cloud and on software-defined technologies, the solution provider said, pointing to recent acquisitions of Spot and CloudJumper as examples of that push.

The solution provider said the large numbers of technical people being laid off at NetApp, however, does provide a reason to worry.

“I see those names and I think, if those people aren‘t safe, then how did NetApp make the decision of who to lay off.”

Other solution providers told CRN anonymously that they have not seen a big impact on NetApp‘s channel business, although one said a NetApp cloud backup tech it worked with was let go.