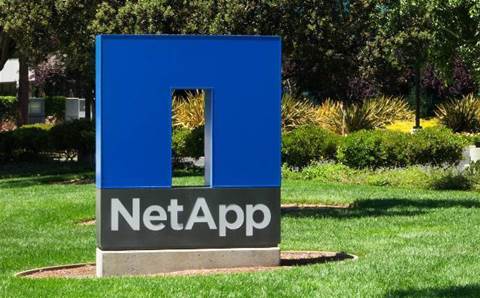 NetApp shares on Thursday took a solid hit after the company said it expects revenue and earnings to fall below expectations.

NetApp said it now expects its first fiscal quarter 2020 revenue of between US$1.220 and US$1.230 billion, which represents a decline of approximately 17 percent from the first quarter of fiscal year 2019. NetApp had previously guided net revenue of US$1.315 to US$1.465 billion.

After accounting for US$90 million in enterprise software license agreements from the first fiscal quarter of 2019 that did not repeat in the first quarter of 2020, revenue would have fallen 12 percent.

For full fiscal year 2020, NetApp now expects revenue to be 5 percent to 10 percent below previous expectations.

The company is slated to unveil its actual first fiscal quarter 2020 results on 14 August.

While NetApp is disappointed its preliminary first fiscal quarter results are lower than had previously anticipated, the company remains confident in its long-term strategy, said George Kurian, NetApp CEO, in a statement.

"Our customer conversations indicate that our hybrid multicloud portfolio of solutions is the right one. We believe we can return to growth over time by prudently reallocating investments to expand sales coverage and accelerate our participation in the growing private cloud and cloud data services markets," Kurian said in the statement.