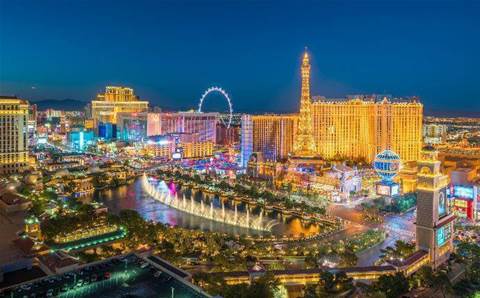 NetApp, which is holding its Insight conference this week in Las Vegas, offered thoughts and prayers for the victims of Sunday night's Las Vegas mass shooting tragedy.

NetApp Insight is scheduled to be held this week at the Mandalay Bay Hotel and Casino, the hotel where a gunman on the 32nd floor fired a barrage of bullets on an outdoor country music festival below, killing at least 50 with hundreds injured in the midst of what is being called the deadliest mass shooting in US history.

It is unclear if NetApp Insight will be allowed to continue amid the ongoing criminal investigation at the hotel. NetApp chief executive George Kurian is scheduled to address conference attendees on Tuesday.

NetApp is expected to provide an update on Insight at 10:30 AM PT. The company has offered to help provide new travel arrangements to attendees who wish to leave Las Vegas in the wake of the tragedy.

"Our thoughts and prayers are with Las Vegas and its people amidst this unfolding tragedy," wrote NetApp in a tweet Monday morning. "Our safety and security teams will continue to provide information to our event attendees," the company said in a second tweet.

NetApp has already canceled a Monday morning pre-Insight press conference in the wake of a lockdown at the hotel.

Continuum, the managed service platform provider, is also scheduled to kick off its Navigate 2017 user conference in Las Vegas at the Cosmopolitan Hotel on Monday. The event is scheduled to run through 5 October. CRN reached out to Continuum but had not heard back as of press time.

Kevin Mitnick, the one-time hacker who did prison time and now is a security consultant who is scheduled to speak at Continuum's user conference, tweeted: "This is crazy horrible," in response to a tweet about witness reports of the shooting.

Peter Melby, chief executive of Greystone Technology, an MSP scheduled to speak at the Continuum conference, tweeted: "I'm safe in Vegas. And heartbroken."

Las Vegas routinely serves as the host city for technology events and conferences, including many prominent tech gatherings in 2017 such as the annual Consumer Electronics show in January, May's Dell EMC World, June's HPE Discover and August's VMworld.

"Once again, thoughts and prayers go out to the victims and all those impacted by the #LasVegas tragedy," said Robbins in a tweet Monday morning.

Apple chief Tim Cook tweeted: "Our hearts are with the victims in Las Vegas, their families and loved ones who are grieving this morning."