NetApp to become MSP as it launches opex options for HCI 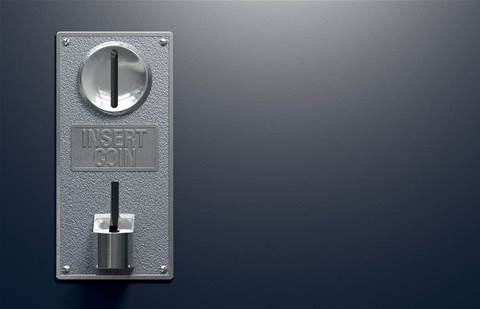 NetApp has adopted consumption pricing for its hyperconverged infrastructure products.

NetApp’s Australian director of channel and alliances Neville James told CRN the company’s cooked up at least four ways to make it work.

One is for NetApp to become a managed service provider.

“We manage it to a certain level,” Neville said. “It can be any end of the spectrum – from low level to full MSP.” NetApp could even install and operate its products in MSPs’ preferred locations.

Another option is subscribing to NetApp software.

NetApp is also seeding its HCI kit with partners

The company will also let partners buy its kit outright, then sell it as a service.

James told CRN he thinks that MSPs will like this option because NetApp HCI has strong multi-tenancy features that make it a good fit for service providers.

NetApp hopes that partners also look at its HCI as an environment in which to run Kubernetes (K8s) , because it’s just launched its own cut of the container orchestration platform for its hyperconverged kit. “NetApp Kubernetes Service on NetApp HCI” is said to offer swift and automated deployment, plus an Application Marketplace and Application Orchestration, now with NetApp HCI as a deployable region.

Matthew Hurford, NetApp’s Field CTO for Asia told CRN the K8s offering is designed to “take cloud-native simplicity and bring it onto the private cloud.”

“We are taking the NetApp K8s service and now we can add NTAP HCI as the customer’s public clouds. We will allow them to federate across all those environments.”

CRN suggested to Hurford that that NetApp might not be the first name that comes to developers’ minds. He countered by stating that NetApp has added developer-centric resources to its pre-sales teams.

“We have been communicating with developers at meetups and hackathons,” he said. “We are lining up behind developers here.”

And also lining up with what is universally agreed to be a growth market: VMware CEO Pat Gelsinger recently predicted Kubernetes would be as dominant in the next twenty years as Java-centric development was in the last 20.

“This is also about the fact we know that containers are the growth drivers,” Hurford said.

“The conversations here are not about how the infrastructure will drive outcomes, but what it enables you to do,” he said. And that’s a place that storage vendors have tried to get to for a very long time indeed!

NetApp has also announced a beta of its Cloud Volumes Service for Google Cloud, following on from its launch of Azure NetApp files service  that will debut in Australia shortly.