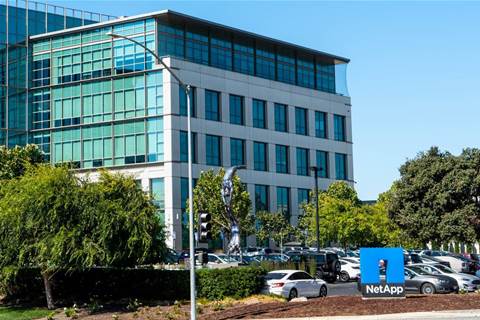 NetApp has struck a deal with Rancher Labs to embed the startup’s Kubernetes management platform across its hyperconverged infrastructure, the companies said Tuesday.

The tech giant announced at the KubeCon + virtual conference that it will ship Rancher, a versatile cloud-native development environment with unique capabilities in supporting low-compute and edge environments, as a natively integrated feature of its NetApp HCI product line, McClain Buggle, senior director of the HCI product management team, told CRN.

The alliance is the first for a new OEM program introduced by Cupertino, Calif-based Rancher Labs, which is currently awaiting regulatory approval to be acquired by German Linux giant SUSE.

NetApp believes Rancher will strengthen its posture against competitors “on the same path” of offering cloud-native Kubernetes environments, such as VMware with Tanzu and Nutanix with Karbon.

That operational infrastructure is on a good path, Buggle said, “but we didn’t feel the right set of tooling was built into the HCI system.”

The native integration of Rancher will enable NetApp to both serve traditional VMs and containerized architecture, he said.

Rancher was a great partner because its open approach to infrastructure aligned with NetApp’s vision of supporting multi-cloud and on-premises deployments, Buggle told CRN.

NetApp is the first big vendor to offer Rancher Labs an OEM route to market through its new program, said Jim Sarale, Rancher’s vice president of channels and alliances.

“Everyone is trying to help organizations get connected, modernize their compute platforms,” Sarale told CRN. “We’re agnostic to the environments and working with forward-thinking folks like NetApp made a lot of sense.”

Putting in the components of a solid OEM program is tricky, he said, but Rancher believes it has found the right mix in pricing, business model, contracts, and joint engineering, he said.

In 2018, NetApp obtained its own Kubernetes platform with the acquisition of StackPointCloud. But the company later discontinued work on the startup’s Kubernetes distribution, instead dedicating that team to leading development of many NetApp cloud services.

When the Rancher integration goes live in January, it will be sold as a NetApp SKU available to be activated by NetApp and its partners. NetApp also has an OEM relationship with Rancher for customer support.

Cloud application revenue made easy
By Joseph Tsidulko
Nov 18 2020
11:39AM