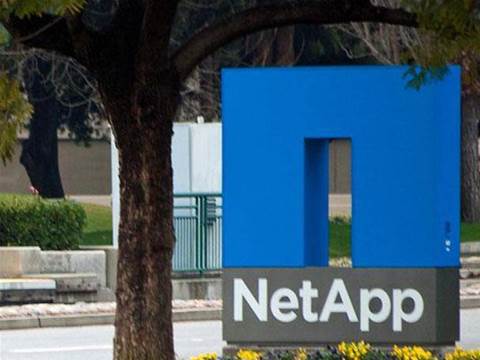 The first is Spot, which drives continuous optimization of workloads running on a public cloud while ensuring that those applications follow customer service-level agreements and service-level objectives. It takes advantage of compute spot instances available from Amazon Web Services, Microsoft Azure and Google Cloud Platform. Those spot instances gave the company its name.

The second is CloudJumper, which developed cloud software for managing virtual desktop infrastructure across AWS, Microsoft Azure and Google Cloud.

The general availability of Spot PC comes as businesses are looking to move remote desktop PC operations to the cloud while at the same time not wanting to build the necessary infrastructure on their own, Bock told CRN US.

“We saw the opportunity to combine the core CloudJumper technology with Spot to let MSPs and others manage virtual desktops in the cloud with all the key components, including security, optimization, data management, application management and resource utilization,” he said. “We provide all the components to help MSPs and some enterprises offer remote desktop solutions.”

Prior to its acquisition by NetApp, CloudJumper provided the technology and tools with some components to automate the delivery of virtual desktops, said Jeff Welch, solutions architect for Spot by NetApp.

Spot PC is a significant opportunity for MSPs, Welch said.

“MSPs tell us that building a solution around cloud-based desktops is getting more and more complex,” he said. “Getting security from the cloud to the endpoint at the scale necessary to be successful is really complex. Handing MSPs more tools and buttons doesn’t help. NetApp not only has CloudJumper technology, but also Azure NetApp Files storage service and NetApp Cloud Insights.”

NetApp has integrated the best of Azure cloud with the components in the Azure Marketplace and the best in NetApp technology to offer a pre-packaged virtual Desktop as aSservice for MSPs, Welch said.

“MSPs don’t need to be experts,” he said. “We’ve integrated the back end so MSPs can focus on their customers.”

Spot PC will be available in three versions, Welch said.

The first is the shared user or pooled user version in which one license can be transferred from user to user, such as during a call center shift change or for contract workers. The second is a license assigned to a single employee who can use it any time and from anywhere. The third is for technical workers who need desktops with one or more GPUs for higher-end applications such as AutoCAD, he said.

“We see it going into call centers or for customers with a large contract workforce where they want to open their virtual desktops in the cloud,” he said. “It’s yet another indication of the depth and breadth of NetApp’s cloud technology.”

Virtual desktops in the cloud is a growth area, and General Datatech has discussed it with customers, Woodall said.

For IT practitioners, ITOps are increasingly merging into CloudOps, which makes Spot PC virtual Desktop-as-a-Service a good play, Woodall said.

“Almost everyone uses Windows and Office 365,” he said. “Customers are looking at options, and all the options today are subscription-based. It’s the same with Google Workspot and others. Spot PC leverages Spot, and integrates with NetApp’s Cloud Insights, its data classification technologies and its ransomware technologies. And it includes Windows Defender as a complete offering.”

Spot PC is addressing the growth area of virtual desktop in the cloud, and is a well-thought-out offering, Woodall said.