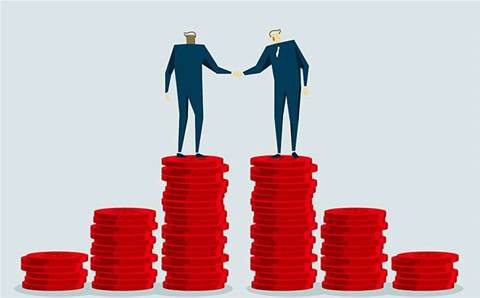 Australian networking equipment vendor NetComm Wireless has announced its intention to be acquired by US company Casa Systems for $161 million.

An ASX announcement [PDF] released this morning said NetComm’s directors have approved the sale, because the $1.10 a share offer represents a 52.8 percent premium and the all-cash offer makes life simple for shareholders.

Casa bills itself as “pioneering advanced ultra-broadband 5G solutions for mobile, cable, fixed and converged service providers.” The NASDAQ-listed company has annual revenue of around US$300m and 700 staff in 11 nations.

Casa’s CEO and chairman Jerry Guo’s canned statement on the acquisition said he views NetComm as “a strong strategic fit for Casa Systems” on grounds that it “is an innovative and agile organisation that has led the global development of fixed wireless and distribution point broadband solutions.”

Combining Casa and NetComm, he added, “strengthens our ability to meet the growing demand for increased bandwidth by communications service providers around the world.  Moreover, it positions the combined company with a broad, highly competitive product portfolio for new 4G architectures and 5G wireless.”

NetComm chairman Justin Milne was also bullish about the transaction, labeling it “a compelling outcome for our shareholders, customers, suppliers and staff” and saying the premium price for the company “is a very tangible measure of the value and quality of NetComm’s telecommunications technology solutions, our position in the global telecommunications industry, and our recent strong performance developing unique 4G and 5G solutions, winning and retaining key contracts.”

News of the acquisition was just one nugget of news on a busy day for NetComm, as it also announced that managing director and CEO Ken Sheridan has stepped aside due to “family health issues”. Sheridan will stay on as executive director to get the Casa deal done. Chief technology officer Steve Collins will serve as interim CEO while a replacement is sought.

The company also reported its H1 results, with revenue of $94.3 million, EBITDA of $8.3 million and net profit after taxes of $2.3 million. EBITDA and NPAT were both down, by $900,000 and $1.4 million respectively, but revenue was up by 6.5 percent and the company has affirmed its guidance for full-year revenue growth of between 15 and 20 percent.

End of an era

While NetComm shareholders will find it hard to dislike a deal that increases the value of their investments, this deal is something of the end of an era because NetComm is one of a very small number of Australian technology firms to make hardware than ended up in the nation’s homes and businesses - its products are even used as customer premises equipment for the NBN.

The company has therefore often been held up as an example of Australia’s ability to compete in the global technology industry.

Being bought by a US company is an endorsement of NetComm’s capabilities. But it also means our most prominent hardware-maker has gone the way of other iconic Australian brands.