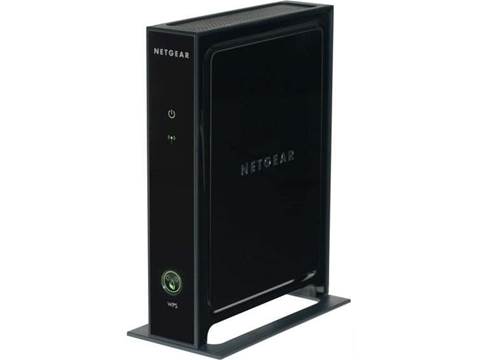 Netgear has unveiled a series of new products at CES that are designed for the growing number of non-PC devices being added to home networks.

The company announced eight new products, most of which are tailored towards delivering high-definition video to internet-enabled TVs and mobile devices.

Several of the company's new devices are designed to deliver simultaneous HD streams to different devices in the home. The 3DHD Wireless Home Theatre Network Kit, for example, will deliver three "jitter-free" 1080p streams without wires, according to the company. It sports four receivers and transmitters (4x4 MIMO) to deliver the HD content to devices such as tablets, internet TVs and PCs in different rooms.

The company claimed that one of the biggest problems with internet TVs is that they demand wired Ethernet connections, but the home's main router isn't in the living room with the television.

Consequently, it's released a Universal Wi-Fi Range Extender, which not only "effectively doubles your Wi-Fi range" when placed at the edge of your existing router's coverage, but also sports an Ethernet port that can be used for devices such as those wire-only internet TVs. The Range Extender works with any wireless router, and is a compact unit that simply plugs into a wall power socket.

Netgear's also updated its range of powerline networking products, including what it claims is the first 500Mbits/sec powerline adapter with four ports - the HomePlug-certified Internet Adapter for Home Theatre. Meanwhile, the N300 Wireless Router with Powerline AV combines both Wi-Fi and powerline networking for users who want the best of both worlds.

For users looking to back-up all of this HD content swilling around their home network, the ReadyNAS Ultra 2 Home Media Server will co-ordinate backups from every PC in the home, as well as acting as a DLNA-certified home server.