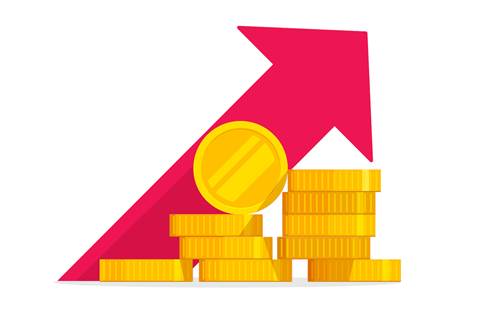 Netskope has become the second most valuable venture-backed cybersecurity company in the world, raising US$300 (~AU$400) million on a $7.5 (~AU$10) billion valuation to drive further SASE adoption.

The US cloud security vendor said it plans to use the Series H investment to aggressively expand both its platform and go-to-market to meet the strong demand for its secure access service edge (SASE) architecture.

The $300 million investment was led by ICONIQ Growth, which also spearheaded the company’s $75 million Series D funding round in September 2015.

“We started Netskope because we saw a cloud-centric, digital-first future of business that simply can’t be achieved using legacy approaches to security and networking,” Netskope CEO Sanjay Beri said in a statement.

“We were SASE before the term SASE existed, and today we are seeing our vision manifest across the globe as enterprises increasingly turn to Netskope to enable secure digital transformation.”

The company was founded in 2012, employs 1,392 people, and has now raised $1.04 billion in eight rounds of outside funding, according to LinkedIn and Crunchbase.

The company in February 2020 closed a $340 million Series G funding round led by Sequoia Capital Global Equities on a $2.8 billion valuation, meaning that Netskope’s market cap has increased by nearly 170 percent over the past 17 months.

Friday’s funding round propelled the company’s valuation past fellow security upstarts Rubrik, Snyk and OneTrust, making Netskope the world’s second most valuable venture-backed cybersecurity vendor, behind only US-based Tanium, which is worth more than $9 billion.

Like Netskope, Tanium has raised more than $1 billion and has been a rumoured initial public offering (IPO) candidate for years.

“The demand for Netskope as part of a properly designed SASE architecture is very strong, and Sanjay and the entire Netskope team are seizing their moment,” ICONIQ Growth founding partner Will Griffith said in a statement.

“Netskope is pointing the way to where cloud, networking, security, and data protection are headed long-term.”

Netskope was initially focused on cloud access security broker (CASB) technology, and in recent years has expanded into the secure web gateway (SWG) and zero trust network access (ZTNA) spaces with the three capabilities integrated into a single platform.

The company’s SASE approach also includes a private cloud providing fast and secure access from any location to data, applications, and websites.

The company also put together an interactive data analytics service, which helps customers understand and measure risk through rich, in-depth visual dashboards, as well as through reports on cloud and web use.

The company is also embroiled in a pair of lawsuits with top cloud security rival Bitglass, with Bitglass alleging in a July 2020 complaint that Netskope and ex-executive Joseph Green exploited confidential information obtained through Green to gain an improper advantage in the marketplace.

Then in February 2021, Netskope sued Bitglass to shoot down patent infringement allegations Bitglass has been making on its website and in emails to Netskope customers.

Bitglass was accused of emailing Netskope’s customers and telling them that they are infringing upon two Bitglass CASB patents when they use Netskope’s systems.